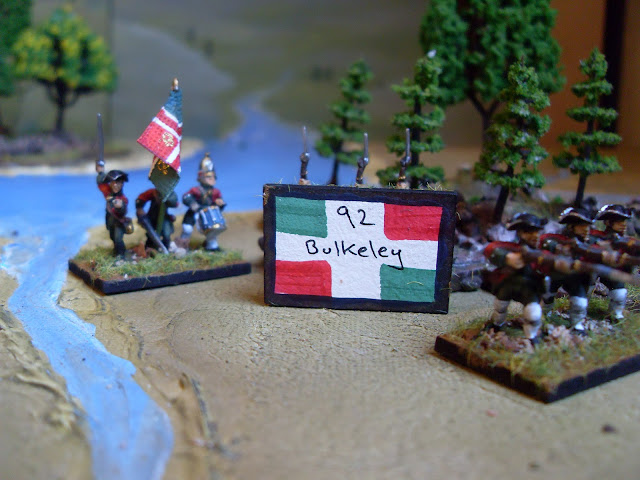 Today we have the Irish (in French Service)

Been looking forward to getting these on the table - a small unit of Irish volunteers under the command of Colonel Bulkeley.

This Irish regiment was raised on June 18 1690 from Irish soldiers who had followed James II to France.

During the War of the Austrian Succession, the regiment took part to the invasion of Bohemia in 1742. It followed Maillebois in his retreat towards France in 1743. From 1744 to 1748, the regiment served in Flanders.

When the French infantry was reorganised in 1762, the regiment incorporated the disbanded Royal Écossais Infanterie on December 21.