Hordes of the Things

Everything related to my HoTT adventures goes in here ... 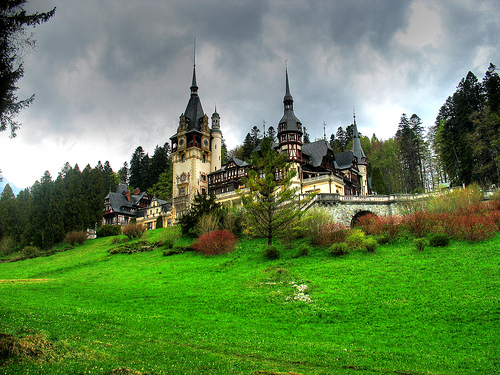 
"In relating the circumstances which have led to my confinement within this refuge for the demented, I am aware that my present position will create a natural doubt of the authenticity of my narrative.

It is an unfortunate fact that the bulk of humanity is too limited in its mental vision to weigh with patience and intelligence those isolated phenomena, seen and felt only by a psychologically sensitive few, which lie outside its common experience.

Men of broader intellect know that there is no sharp distinction betwixt the real and the unreal; that all things appear as they do only by virtue of the delicate individual physical and mental media through which we are made conscious of them; but the prosaic materialism of the majority condemns as madness the flashes of super-sight which penetrate the common veil of obvious empiricism."

Setting for the campaign is the mid 1700's - the dawn of the age of reason. Science and reason bring new technologies to the battlefield, along with advances in resource management, finance, medicine and logistics.

Amidst the glowing light of progress however, practitioners of the old ways are often persecuted .. forced underground.  Witch trials, being but one small example  ... whilst not formally recognised, are prevalent none the less. One need only scratch the surface of this new emerging society to detect a dark undercurrent of uncertainty in the air.

A storm brews on the horizon.

There is a sense of revolution in the air, unmentioned in dignified company, but palpable none the less. From Kings themselves, the Clergy, all the way down to the humble serf and bondsman .... changes can be sensed ... and changes are not always for the better.

It is rumoured that the occasional nobleman hath entered into Faustian pacts with the Devil himself to secure their positions in this fast changing world.

Some suggest that even respected members of the Clergy may have some secrets to hide.

The disturbing trend of wearing masks on All Hallows Night  - a once forgotten relic of the pagan past, was once again growing in fashion.

Both new laws, and fiery sermons from the pulpit have failed to stop the common man in the street from engaging in 'black market' trade with gypsies and their ilk ... for such items as potions, charms, and fortune telling.


Scratch the surface of this genteel society, and their seems no end to their devilry.

Chaos erupts, springing forth like a coiled serpent to strike at the very heart of the Empire itself.


Nobody quite knows what started the war. Some say that the troubles began when a well known woman of noble birth was caught red handed communing with the Devil at the witches' sabbath. The need to find a successor to this unfortunate Duchess ... not to mention the need to cover up the subsequent political fallout, triggered a chain reaction of events that led swiftly and inevitably to all out war across the Empire.

Some suggest that things began to fall apart when a certain Marquis returned from the Indies after many long years of absence .. his ship full of strange and forbidding cargo that was secreted out of the harbour at night. Once a devout, quiet and solemn man of great dignity, the Marquis now appeared feverish and unnaturally enthusiastic regarding the strange cults that plague the distant colonies.

And what of Colonel Von Wolfgesicht ? This once most popular of Nobleman ... statesmen amongst statesmen, and wisest of magistrates .... now appeared rarely in public. Previously noted for his bright countenance ... he now sports a rather ignoble beard and moustache. His once most regal of robes now replaced by a rather shabby set of furs. The only time he has been seen in public lately is heading out into the Imperial gaming reserve to go hunting .. with his dogs ... at night. Lots of dogs actually ... whilst the town folk hardly know the Count anymore, it seems like all the stray dogs in the town love him dearly. A large pack of strays follow him wherever he goes, especially on nights of the Full Moon ... where the baying and howling lasts all night long.

Or what of Count Yorga from the Eastern provinces of the Empire ? What evil pact had he entered into to preserve his youth so verily over these past decades ?

What secrets does the pastor hide ? and what is the connection to his two nieces .. fencing masters both, and both constantly at his side ?

The drums of war beat, columns of troops in lace and tricorne march off the parade ground and onto the long cobbled road of campaign. For what cause are they really fighting ... and for that matter, what foe are they levelling their muskets at ?