Battle of the Day - Lodz to Poznan mini campaign, 1813

This map shows the layout of the critical objective locations (shown with the red stars), important objectives (blue stars), and the available road network with waypoints (gold stars).
This is a simple quick and dirty campaign, with 2 players :
Its 1813, the Russians are advancing through central Poland on a Westerly bearing.
The rest of the report is strictly from the Russian player's viewpoint. 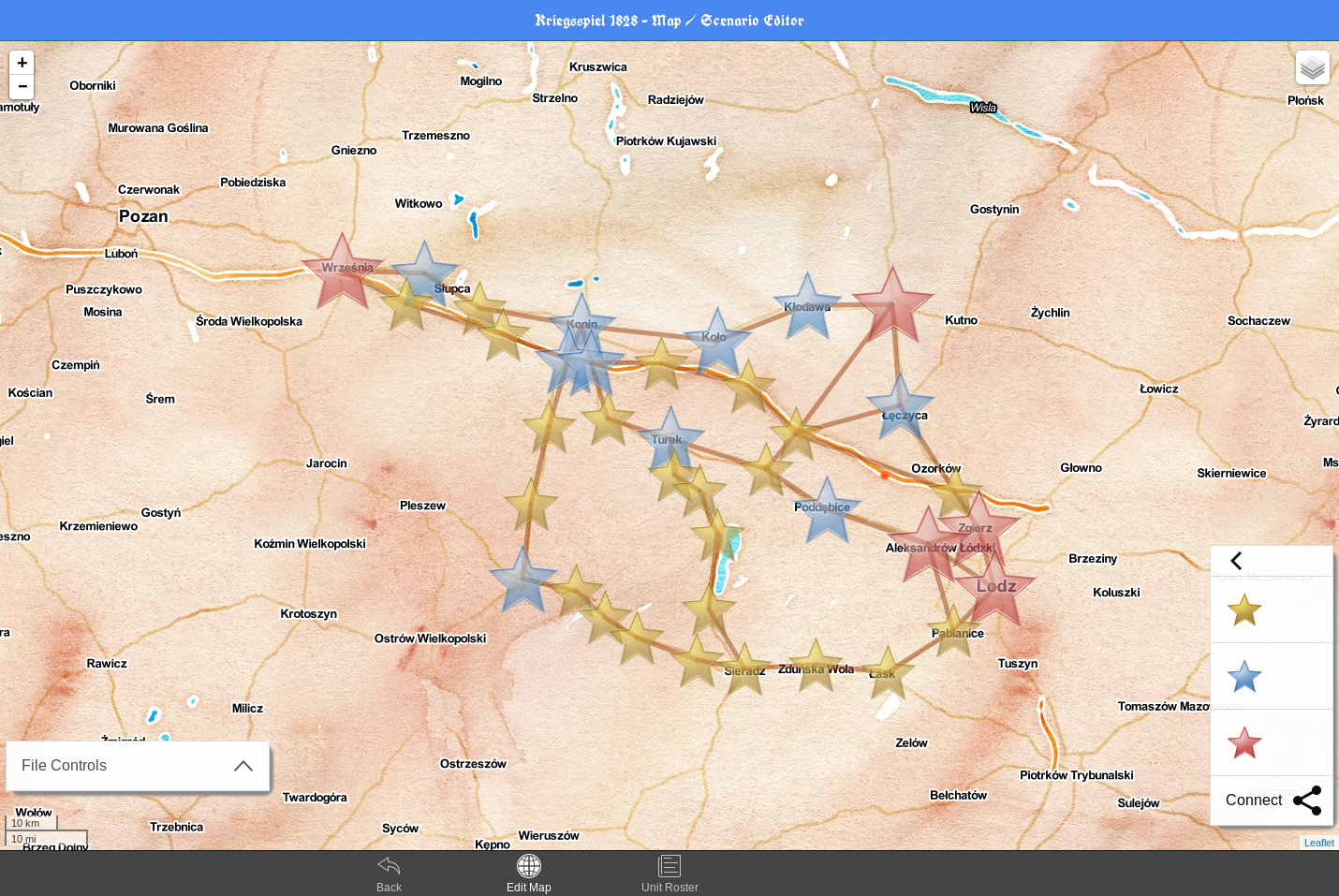