Getting on with posting my monster backlog of forces

These are around 5 squadrons at full strength, attached to Zechwitzs 2nd Division (Saxon), part of Hohenlohes Army  Group South.

In Republique scaling ... that comes out to 1 base of Cavalry. Yay !


It was the Southern army group that ended up getting smashed at Jena by several combined French Corps.  By all accounts, the Saxons had a favorable position on the flank, and came out of the engagement in better shape than the Prussians.

The Saxons managed to extract themselves from the battlefield in good order, never once falling to pieces in the same fashion as the less fortunate Prussian brigades.

Napoleon was so impressed by the Saxons, especially their heavy cavalry, that he went out of his way to sign up Saxony in an alliance and incorporate their forces into the Grande Armee, where they continued to serve with great distinction pretty much up to the end in 1813.

As always .. my history lesson is probably a little off there, but that interpretation makes for a ripping yarn if ever there was one. 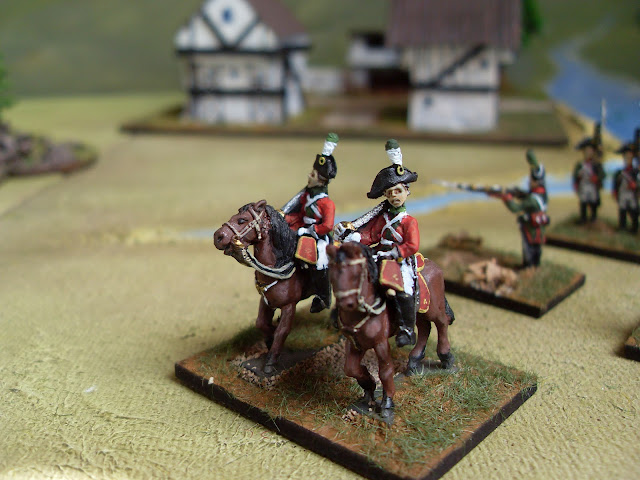