Now on the the Russians.

Useful for the any period from 1812 onwards ... I am hoping to get in a little mini-campaign for Borodino this year, and then build on that collection for the Leipzig campaign next year.

So here we have some Russians in Kivers. 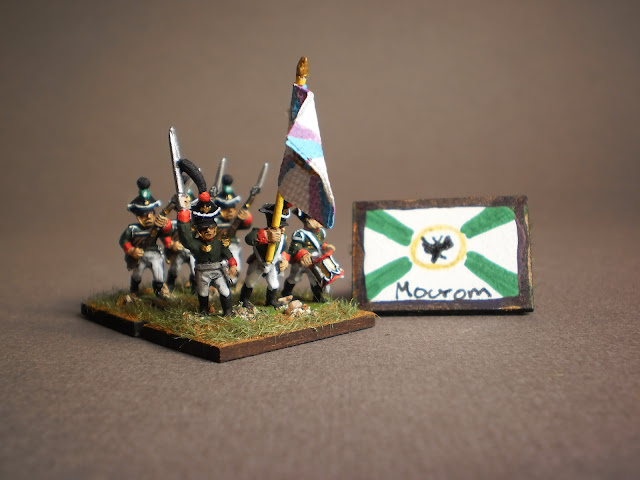 3 bases of musketeers, including command base. 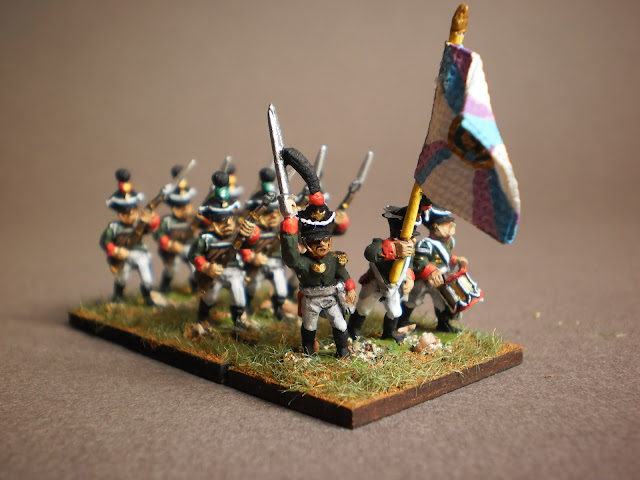 For Empire scaling, tbese little 3 base units of 9 figures are just about right for representing a Battalion. 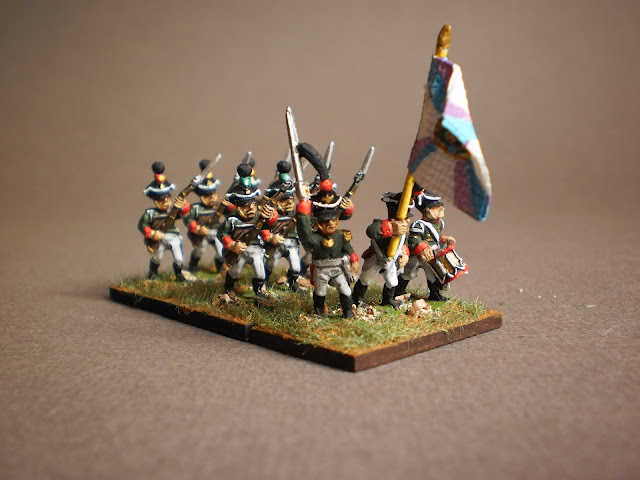 Painting schemes for the uniforms are much simpler during this later period compared to the earlier Russians.

All facings for all regiments are Red,

There is a distinct color for the flag staff, drum sticks and polearms.

Pom-pom colours are different for each battalion, and consistent across pretty much all regiments.

Should strap colours are regiment specific, but consistent across Divisions as the 1st, 2nd, 3rd and 4th regiments in a Division all have the same distinctive strap colour.

Sounds complicated still .... but its much simpler than the old scheme :) 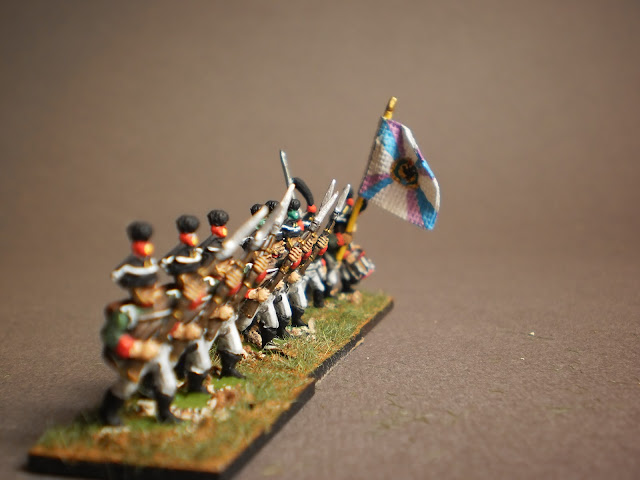 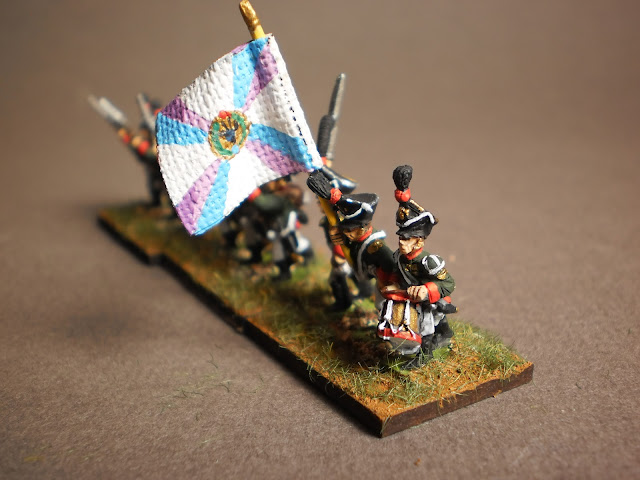 And of course the flags are different for each unit.

For these ones, I am using a mix of mostly the Inspection series flags - where each regioon has the same flag for all regiments raised in that region.

And then throw in a small number of the older issue flags for a bit of variety. Some of the older flags (such as this one) have a really interesting contrast of colours.

Also having a mix of old and new flags ... to me anyway ... denotes the poorer organisation of the Russian army of this period.

Also means you should be able to get away with fielding some troops in the older shako alongside the new kiver equipped units as well.

Makes the Russian army great to model and collect, and very flexible in putting a force on the table. 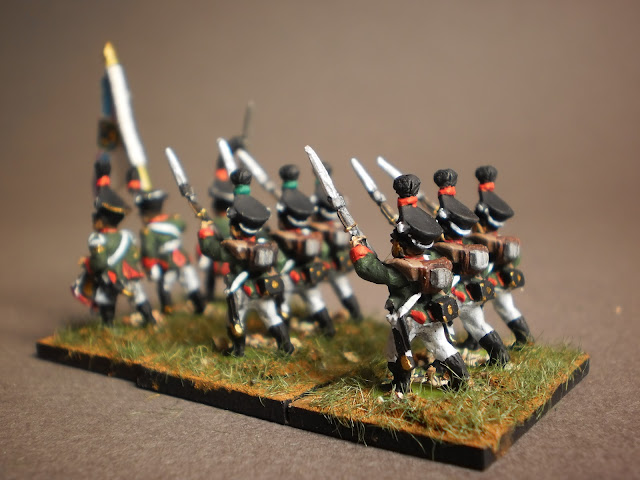 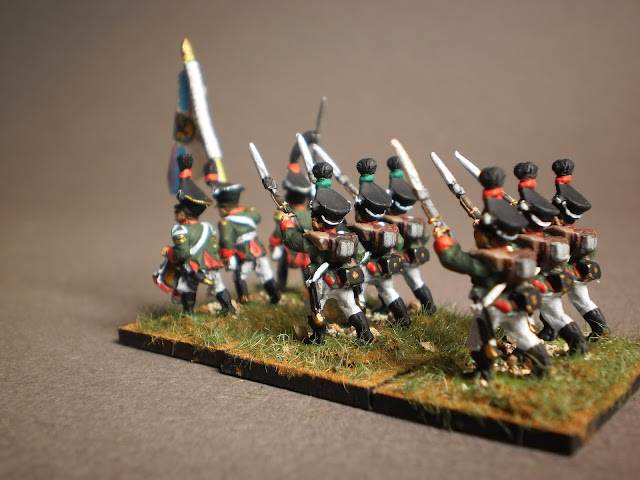