In the 2nd Italian installment for the Giro d' Italia, here we have some 19th Century Italians in spectacular, glossy style ! 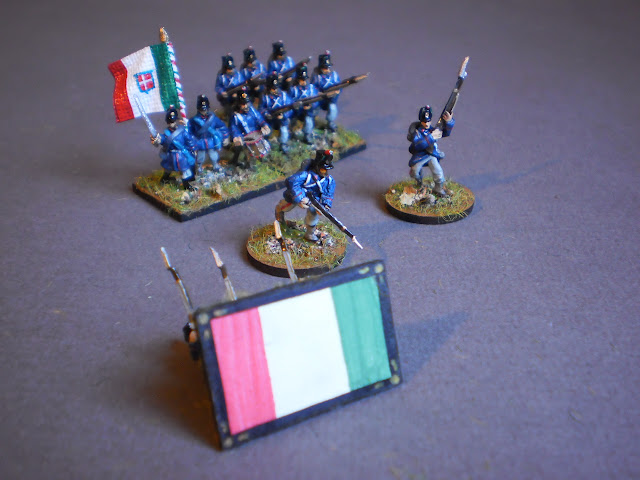 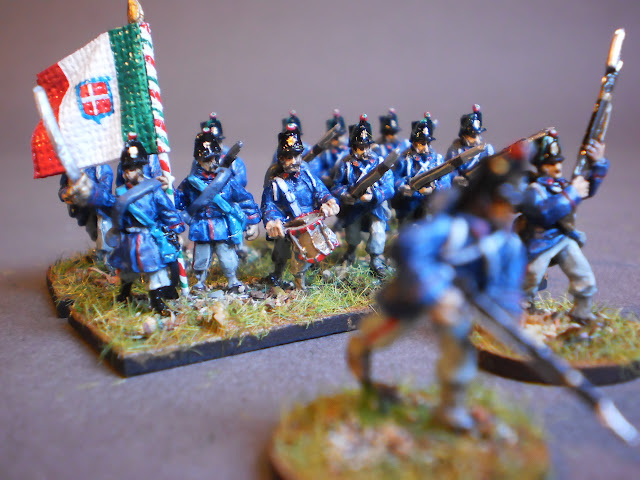 Dont know, but they are fun to put together. 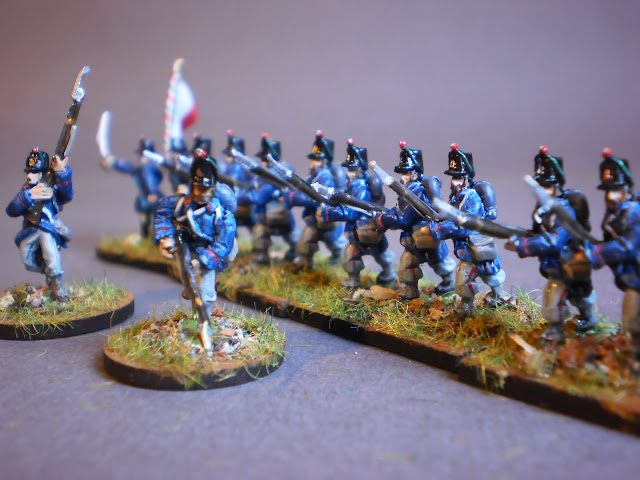 4 bases of line, including 2 skirmishers - should be suitable for a battalion at Grand Tactical scale I assume.

Uniforms are sort of loosely based on Piedmont / Sardinia .. suitable for 1848 through to Crimea and beyond. 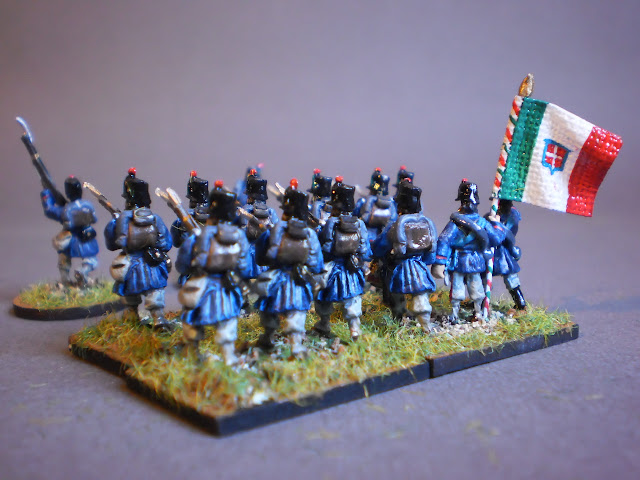 The flag though is post-independence, so the intention here is to simply build up a  glossy collection of 19th Century generic forces for beer and pretzels campaigns in the age of progress.

Linear tactics, colorful flags, shiny shakos .... and machine guns.  Such is the appeal of the Grande age of Progress. 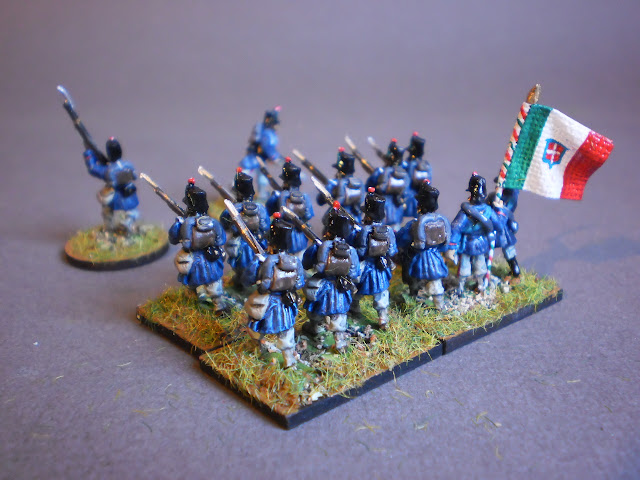 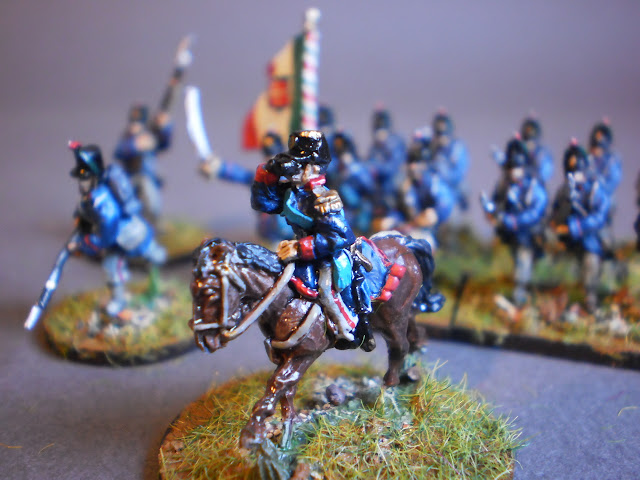 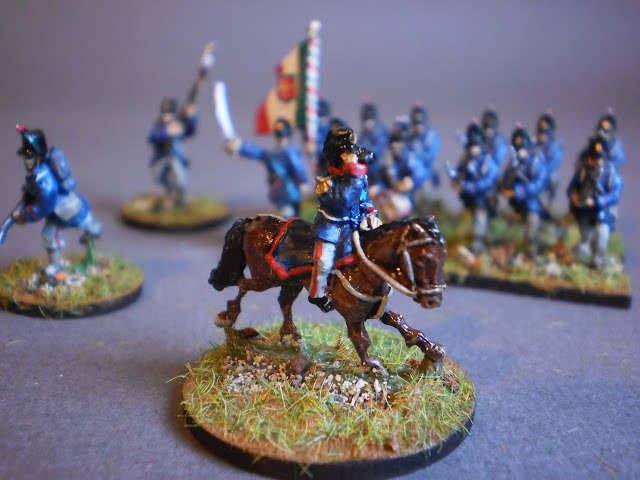 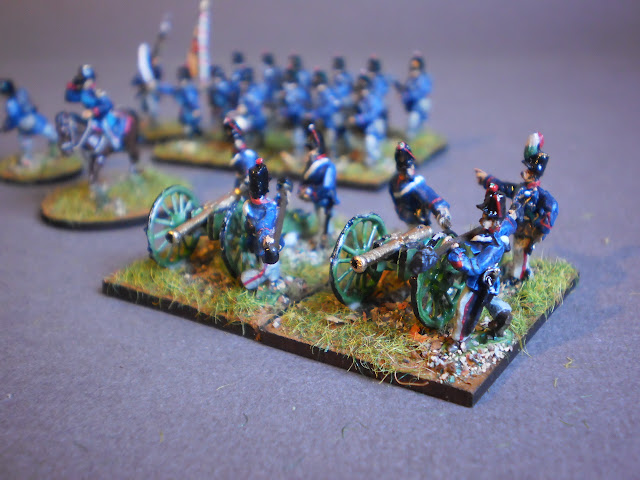 Some shiny new guns to complete the task force.

Note the liberal use of gloss varnish, and the deliberate non-matte finish on the leather equipment, gun carraige and headgear. 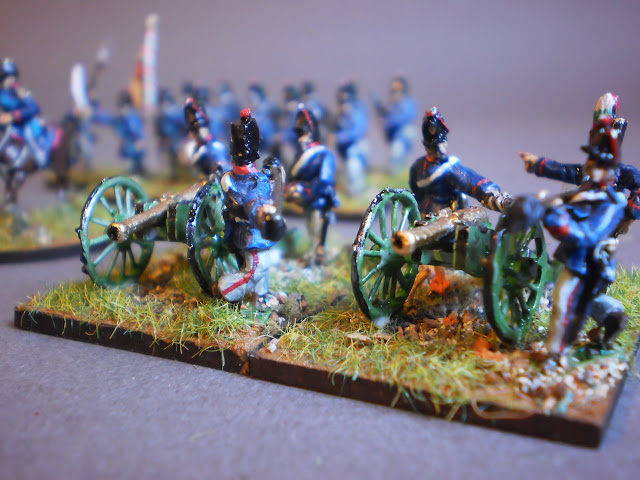 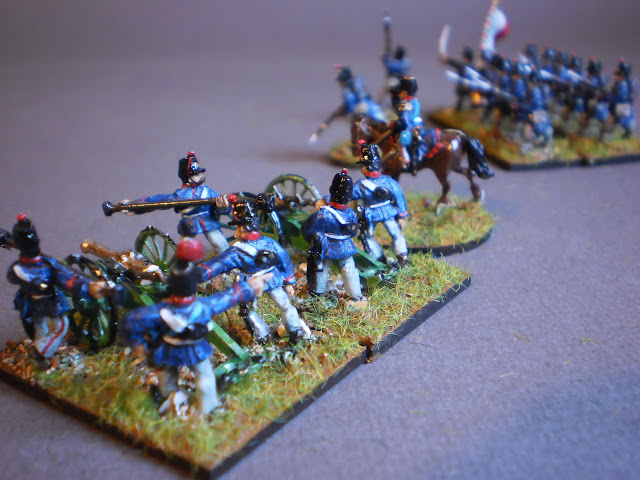 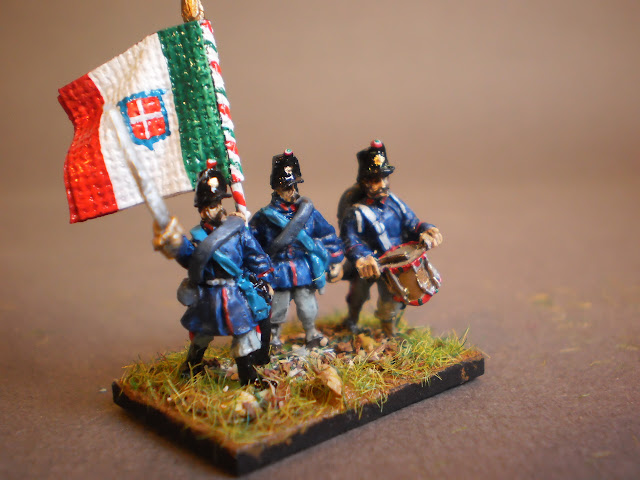