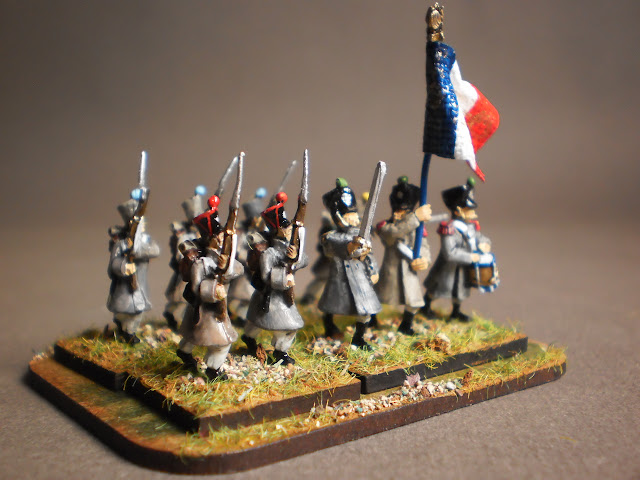 What a great nights viewing last night ... spectacular scenery into the Vosges mountains.

Took a few shortcuts myself, and finished off a single battalion of French line in Greatcoats.

The first real climbs of the Tour saw the real contenders come to the front and fight it out for the last 6km all uphill. 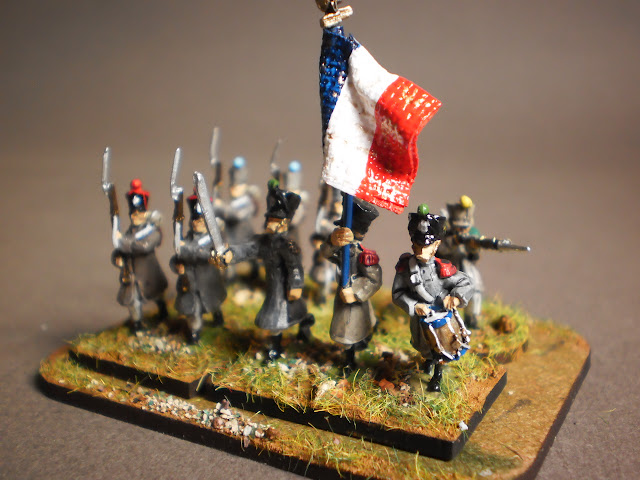 So here then is my standard French Battalion at 1:60 scale, on a battalion base.

Grenadier company (2 figs) on the right, 2 bases of 3 figs, and 1 round base for the voltigeur company. 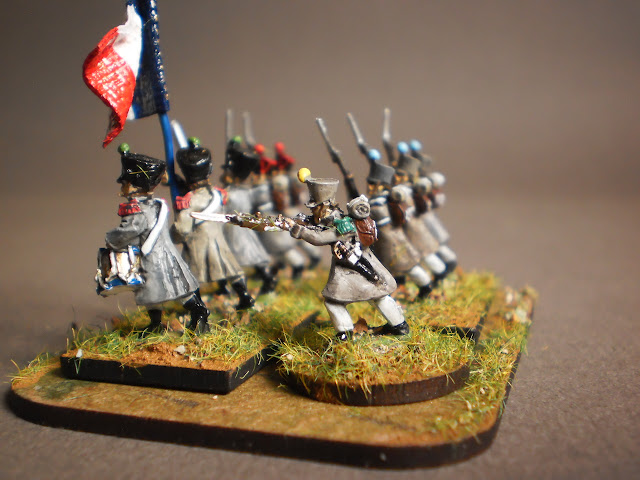 I actually dont find painting greatcoats a huge time saver over regular uniforms. It is a bit easier of course, but I also insist on having the greatcoat colors all over the place .. which makes shading a little tricky. 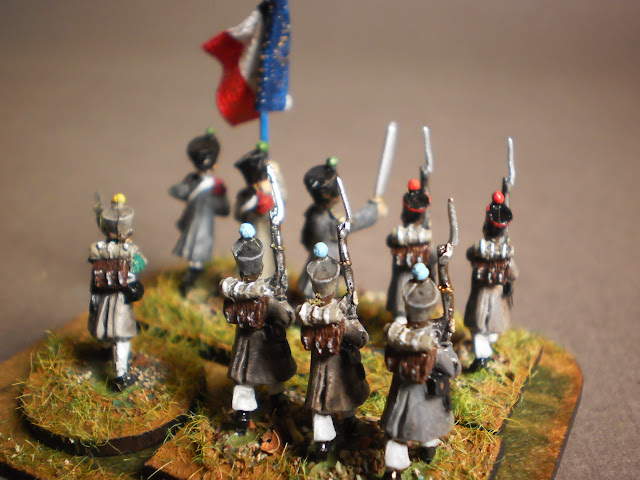 Using a light enough shade on the greatcoats and shako covers allows for a heavier than usual glaze coat though, so the actual amount of highlighting is minimal. 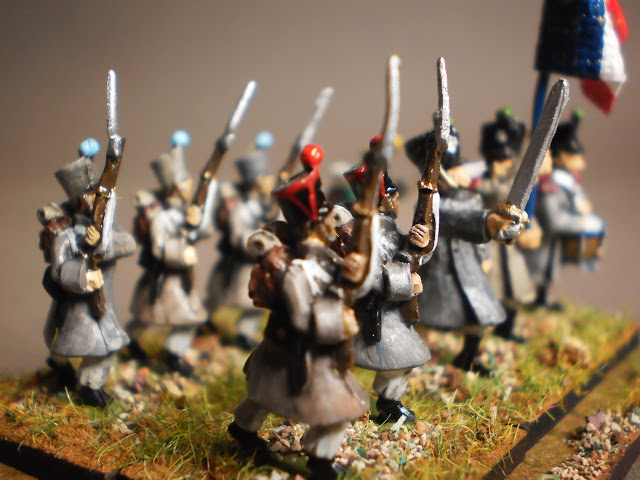 The 2 figure Grenadier company in the front rank to the right - only distinguished by some simple red piping around the uncovered shako. Good enough for this lot.

No particular regiment here - I will just paint up a stack of them, and mix up some greatcoat figs with standard uniform figs to create the vast masses needed for some of these regular French Corps.

Figures by the way are Lancashire games 15mm.  Their 'summer sale' is on at the moment, so its a good time of year to grab a few battle packs. Even with the new postage costs from the UK, they remain great value.

Size wise, they sit inbetween 18mm ABs at the top end and true-15mm scale at the smaller end.  Lets call them 16.5mm then. Works for me. I do like the Lancashire figures a lot - there are some lively poses in there, clear details, and heavy recesses / creases make them easy to paint. Should get a stack more ... they are great.

Next up - I have some Eureka 18mm French, and they are a completely different kettle of fish.  (ie - they are stunning !) More on that later., hopefully finish them during tonight's stage of the Tour de France.

Back to the race ... where was Mr Sagan last night ?

I know the lad can climb, so I was a little surprised to see him dropped early in the final climb. Dropped before the real climb started actually.

Looks like GC is not on his radar at this point .. ah well.

The lad knows how to work the crowd though - here is him providing some extra value for his advertisers by pulling a mono for the fans at the finish line :)   Didnt see that one on SBS.