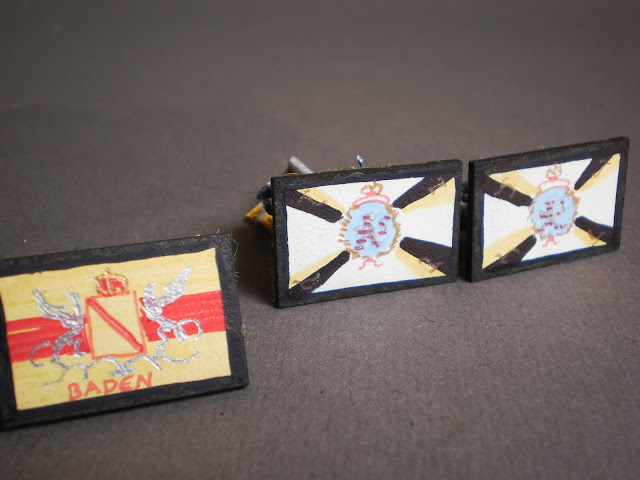 Well, its only stage 2 of a very long race .. and already  Im wondering how on earth I am going to get out 1 French-related post per day ... for the next 3-4 weeks.

Last night saw the Tour head through the fortress of Namur, and towards the French border as it heads out of Belgium.

Just over the Rhine are a couple of German states - Baden and Hesse-Darmstadt, who formed an alliance with France, and loyally provided some good regiments from Jena in 1806, to Spain, to all the way out to Leipzig in 1813.

Here we have a small battalion sized contingent of Hessians and Badeners to add to the French forces at Jena. 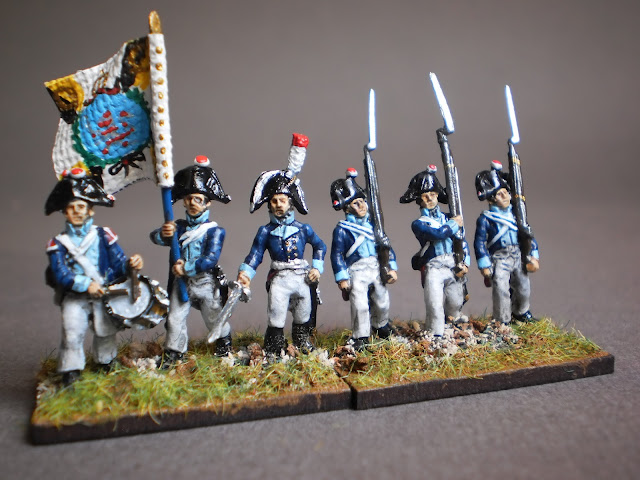 The Hessians - based on AB Prussians, all dressed and drilled in the Prussian style. 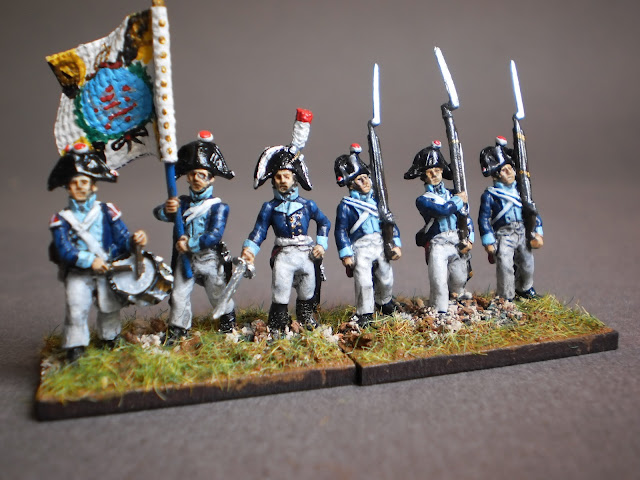 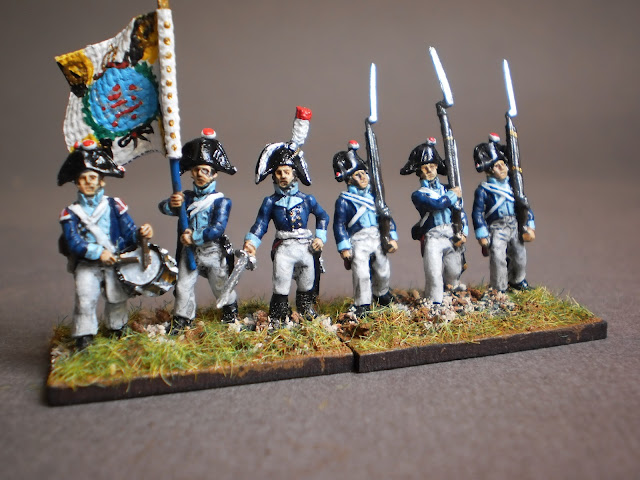 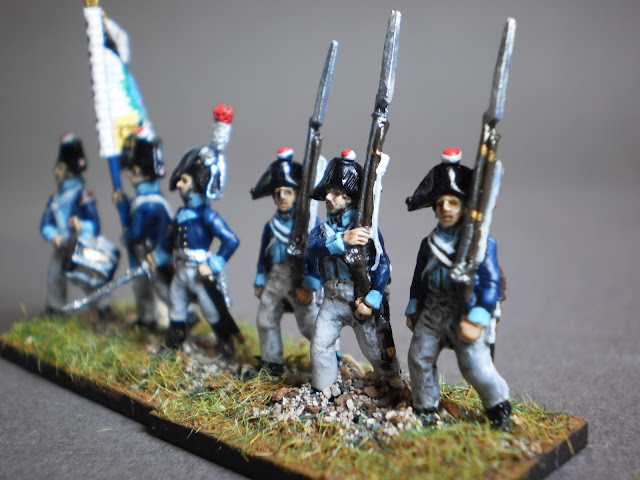 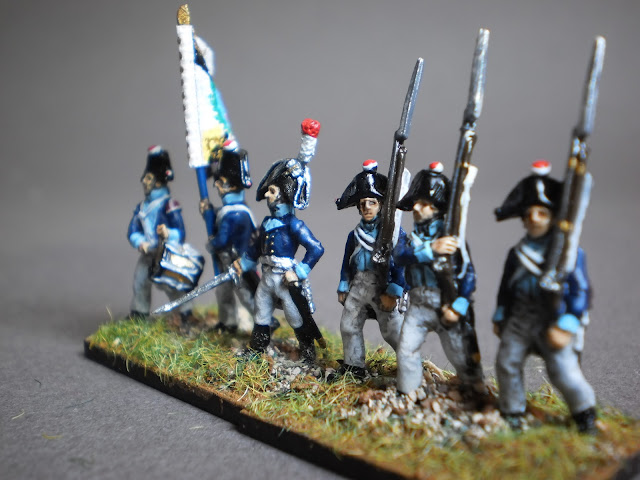 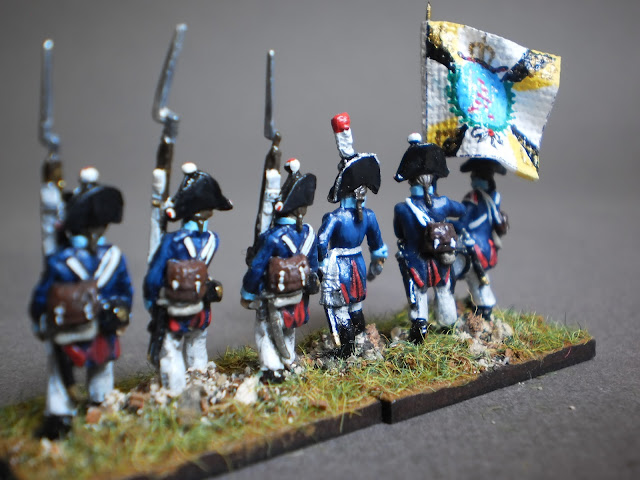 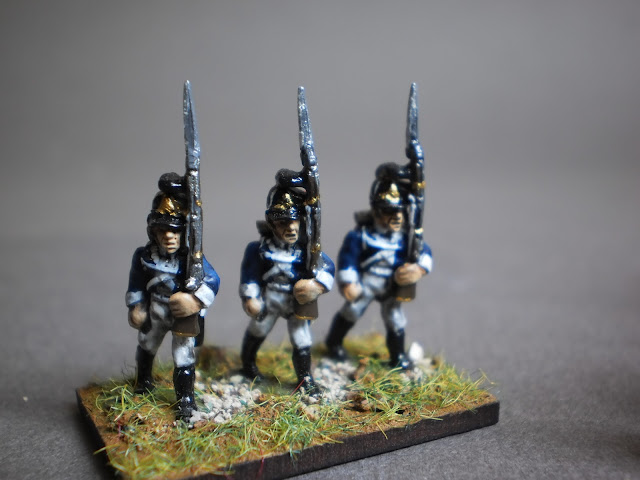 The Hessians brigaded together with a unit from Nassau .. which I dont have yet, but I do have here some Baden infantry.

Based on warrior miniatures Austrians, these guys joined the party for a tour of Spain, and continued to serve in the Grande Armee right up to the end. 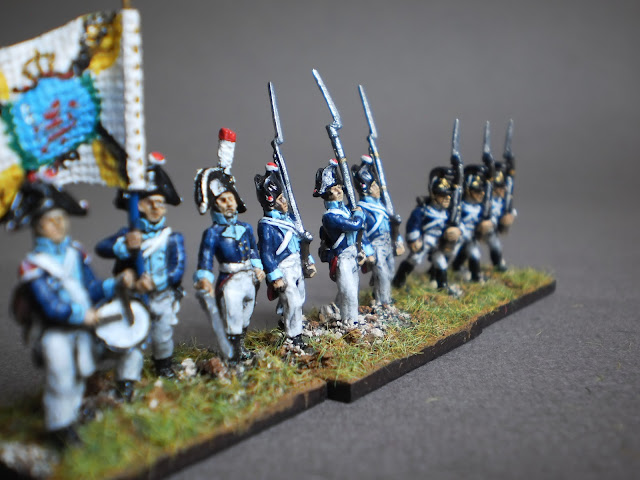 A little shorter than the ABs ... so Im calling this one the Baden Freiwillingen Student Battalion. 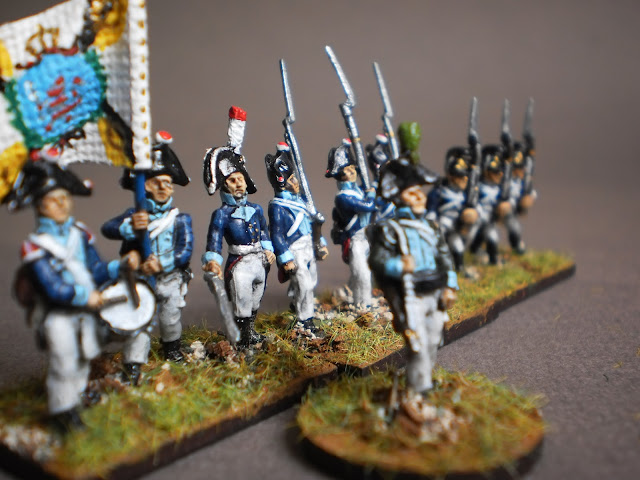 1 Skirmisher base rounds out the unit. 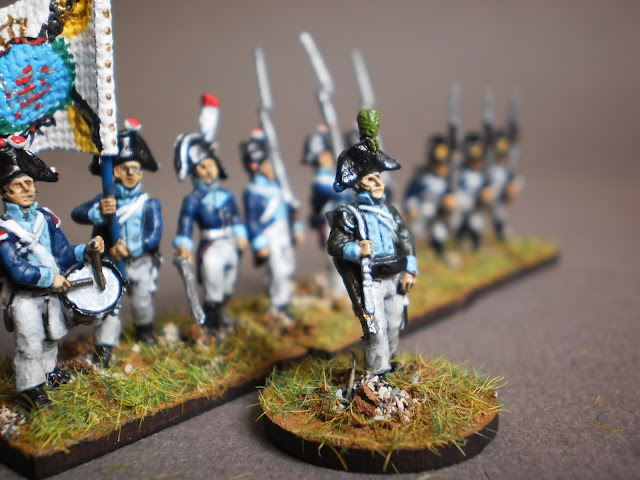 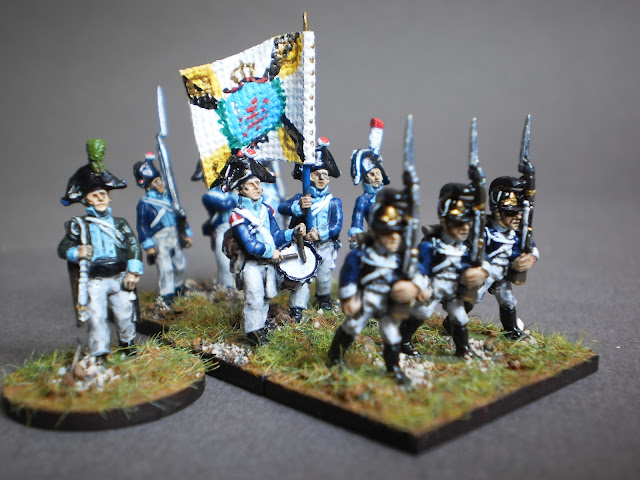 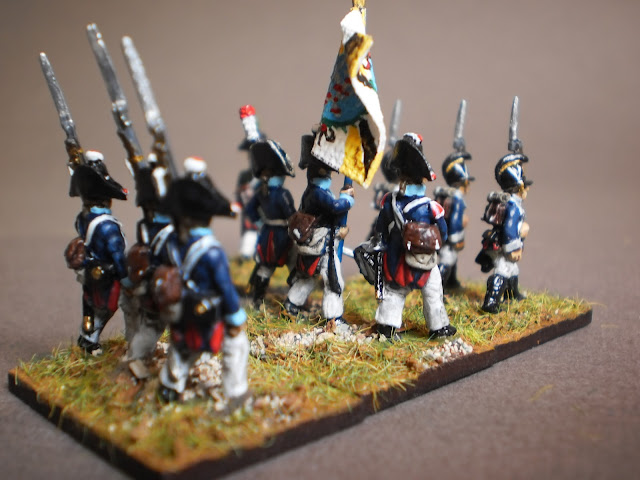