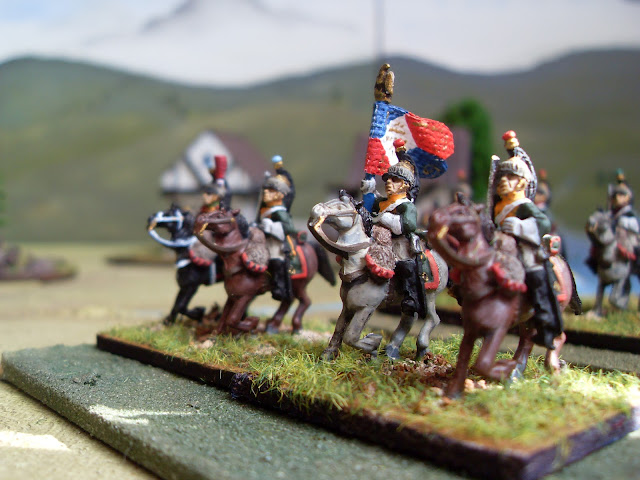 Bit of crazy carnage last night in stage 6 on the road to Metz .. it was a bit like watching live coverage of Borodino !

At the end though ... somehow .. Peter Sagan held it all together to jump just at the right moment, and power over the top of Greipel.

So, Ill pull out some Dragoons for today's stage of the tour of the French Army. 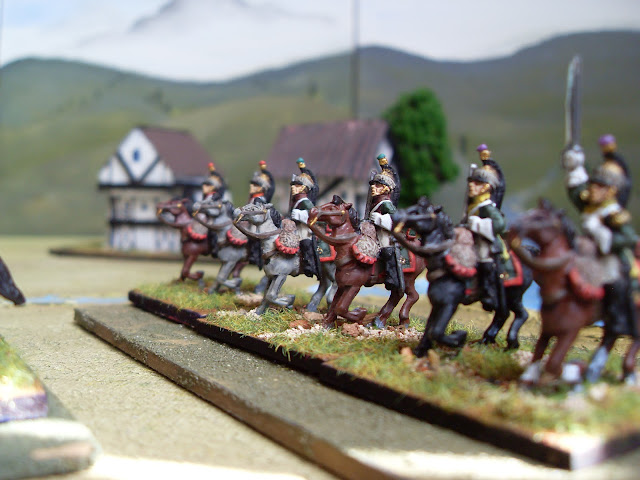 Mounted troops in Green uniforms ... riding in formation at a thunderous pace. 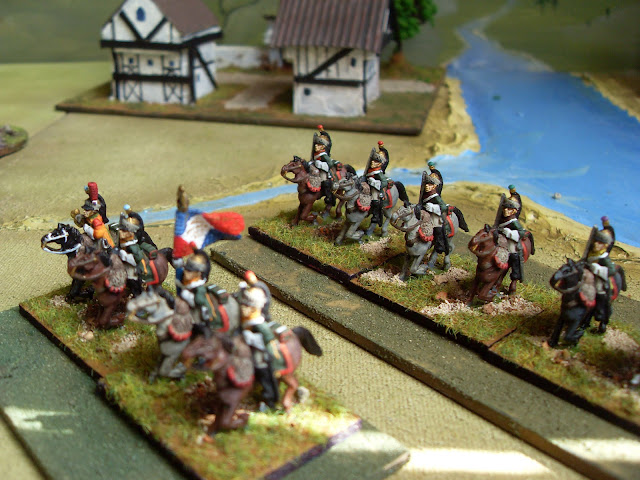 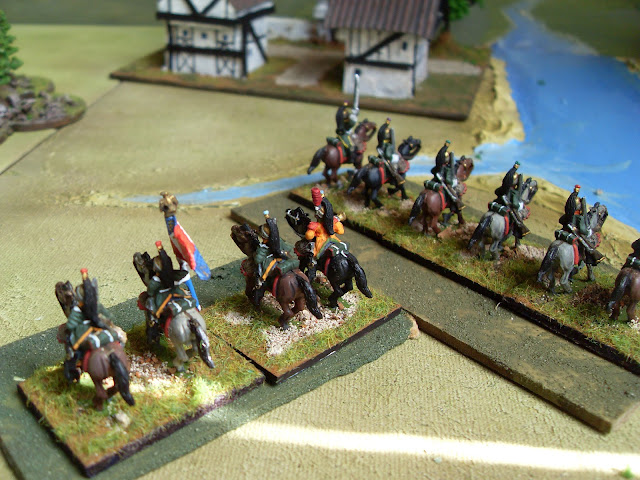 The Orange Jersey ...   thats reminiscent of Greipel, of course, who is used to wearing the Ochre Jersey after dominating many a race in Adelaide during the Tour Down Under : 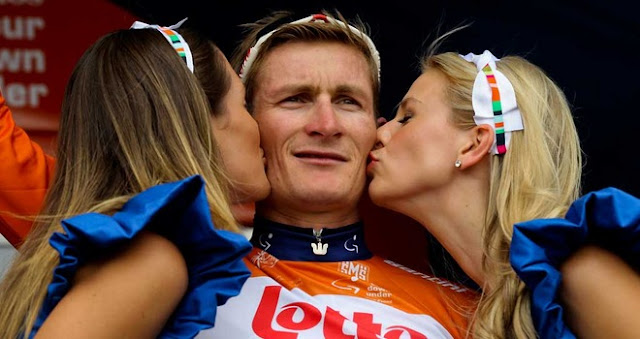 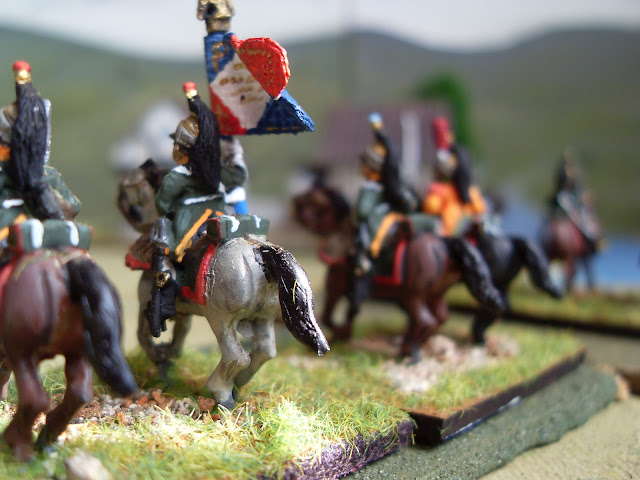 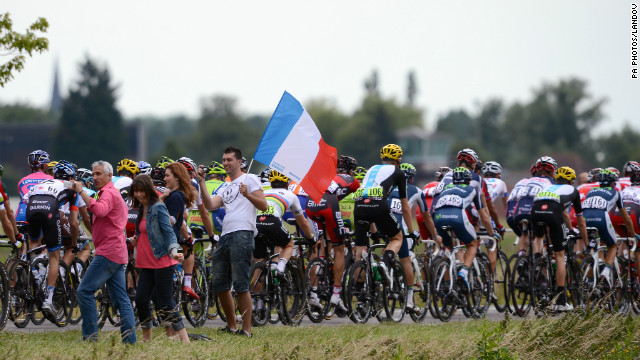 There we go, done a pretty good job of covering the whole race now in miniature !

Surely a first in the history of sports reporting I think. 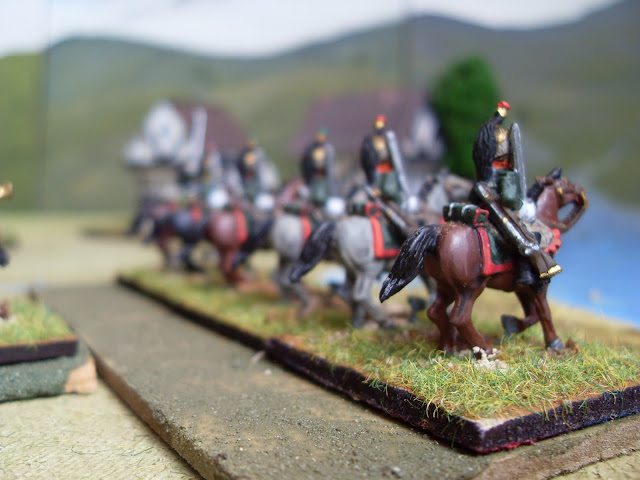 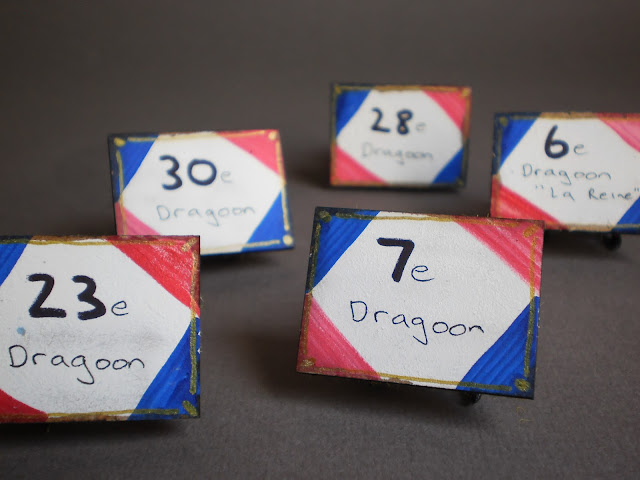 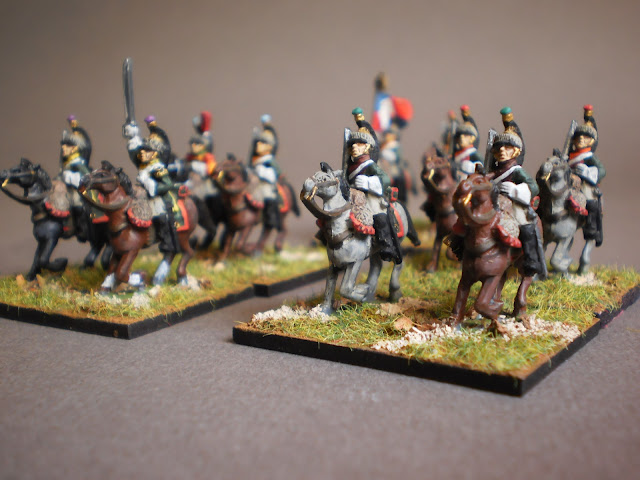 1 regiment arrayed side by side in line of battle.

Cavalry tactics of the time .. from what I have gathered so far, relied very much on depth on the attack, utilizing successive waves of lines. 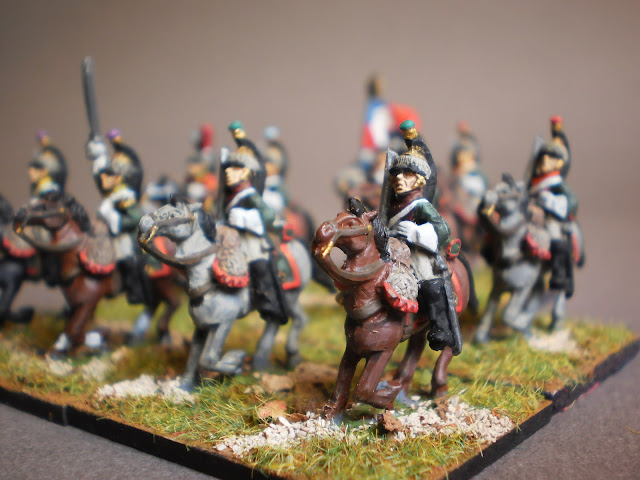 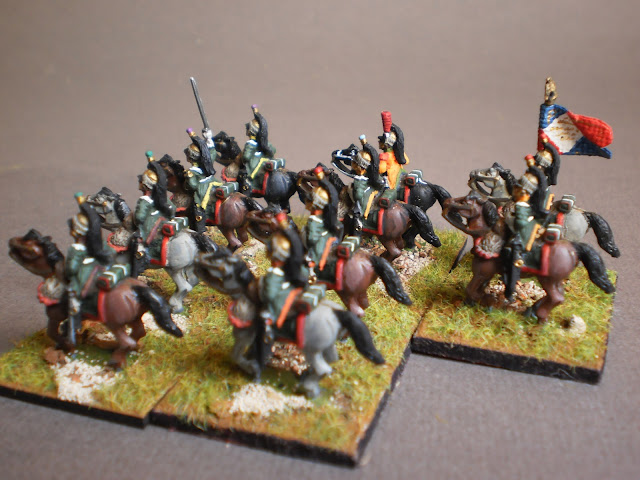 Prior to a big charge, cavalry usually fan out into lines as part of their regular movement.


Here is more of the carnage from last night about 26km out of Metz in case you missed it :

.. and a bit about crashes in general , with coverage of the above events. Interesting from a wargaming point of view - this is how experienced troops act in the middle of a disaster :


And I found a shot of Peter Sagan's new secret weapon that he put to good use to keep himself clear of the troubles .. haha... a BELL !

Thats something you never see in the Pro Peleton.

... incidentally, that little green 'computer' thing hanging off the front of the handlebars is what is known as an SRM PowerControl Head Unit, and that IS something you see in all of the Euro-Pro teams.  (along with many other TellTale signs of the true EuroPro Rider)


It is one of these technical masterpieces that makes 21st Century road bikes so damn interesting.

Inside the pedals / crankshafts on the bikes, there is a series of 8 electronic strain gauges per pedal that measure the force being applied as each pedal is turned. These measurements are recorded every few milliseconds, and then transmitted wirelessly to the head unit via RF.

Measurement interval from the cranks to the head unit is adjustable by the rider, from every 1/2 second through to around 5 seconds.

Here is a shot of how the crankset fits together, with a the strain gauges set inside the casting to measure torque  :

The head unit then picks up the encoded signal, stores each reading in memory, and from that calculates the current power output for display on the screen.

For some of the riders as well, they have extra transmitters on their bikes that send that data across the airwaves to the team cars that are following - providing a live data feed of numbers to help the generals back in the cars to see whats really happening the pack up ahead.

All up - around $5000 worth of additional engineering and computer kit per bike, if you are counting dollars.

The riders pay close attention to these power output figures all the way through the race, in order to measure exactly how they are performing -  and to ensure that their output stays just in the right band for as long as possible - not too slack, and not too hard.

Keeping a close eye on the figures - a good rider will calculate in their heads how much they need to eat to keep the fuel levels just right .... and more importantly, they can also calculate top end power reserves that they should have left in their legs for any short bursts that are coming up.

For sprinters, these are all critical aspects of the chess game that plays out as the bunch starts to accelerate in the final miles. Fascinating, huh ?


.... So why all the waffle about bike bits and mind boggling engineering on a miniature wargaming blog ?

Well, its quite simple really.  All that cool, over-the-top technology is all well and good for the Formula-1 blokes on their bikes, but what about the average weekend warrior ?

OK, thats 2 words. Here are some pictures that might do a better job of telling the story :

That ... is an average everyday iPhone with a special mounting that sits on the bike handlebars. $200 worth of electronics, and you have a built in GPS based speedo and data recording for your ride.

Here is another more sophisticated one for a bit more money :

This one, priced a few hundred is .. a full on recording powermeter. Not as  crazy as the $5000 German made SRM unit ... but it does the job none the less. Measures everything from power output, altitude, speed, cadence, temperature and wind speed .... every second, and records it in memory.

After the ride, take the computer off the bike and plug it into the computer using a USB cable.  Ride data can then be transferred to he PC (Or Mac, or Linux machine), where you can play with it to your heart's content using free open source software such as the excellent Golden Chettah

OK, you say ... that is completely and utterly NUTS !

And you are perfectly right ... its NUTS. But its accessible nuts, easily within reach of mere mortals.

And its this trickle down effect of crazy insane technology, open source software, low cost electronics, and hugely awesome internet connectivity that is finding its way into just about everything.

Everything .. including our beloved tabletop miniatures games.

Its inevitable, its exciting, and we are all privileged to be living at just the right time to see it unfold, and be part of.


Note: Dragoons wore brass helmets that had brown fur bands. Those of the Imperial Guard wore leopard-skin bands.
Posted by Unknown at 10:13