A village to fight for 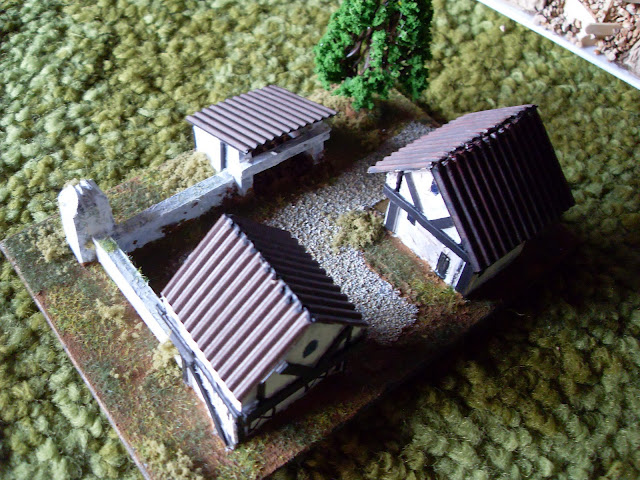 The major battles of the Napoleonic era are mostly fought over areas of around 10-20km square, which in central Europe often contains a number of small towns / large villages.

So any good battlefield should have a number of little townships on the table top to represent these.

Looking at the scale of various maps of Central Europe, at a guess I would say that every 5-10km or so, you get a little settlement that is a few acres in size.

So on the tabletop, where 1" = 100m, I probably need few of these sort of settlements spread out along the roads, and sitting on a 5"x7" canvas board seems about right for the scale.

These ones, I knocked up with a few scraps of foamcore, and some corrugated cardboard for the roofs.

All up, very cheap to make, and fairly easy to work with the foam core. You do need to pay some attention to keeping everything square though, so it can be a fiddly job.

In the next installment, I have some more villages finished now that are even simpler to make .. using little wooden cubes to build the basic structure.

The whole township base does come in under the $2 mark though, so thats good enough for me :)

More simple foamcore buildings HERE, where I have used a smaller 4x4" canvas base to make a little farmyard (light cover) 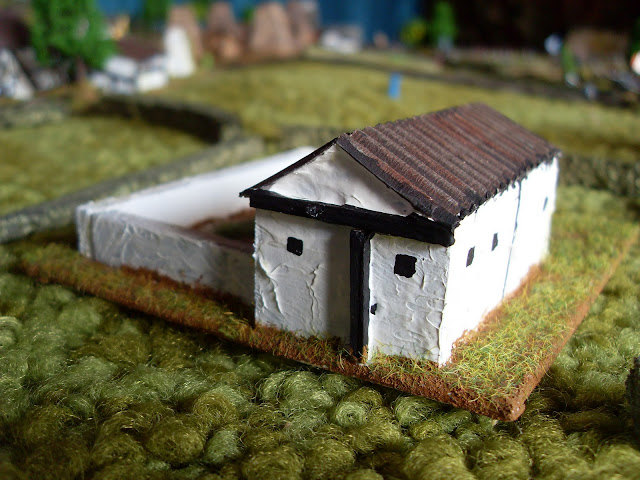