Im really enjoying these 'true 15mm' scale minis from warrior in the UK. Crisp and clear and easy to paint quickly to a high standard.

This unit is the Prussian '6lb gun and crew' model, which actually looks like a British howitzer. Not sure how accurate that is ... but for the purpose of representing medium foot batteries in Republique - just perfect.

No specific unit in this case, these are generic medium gun batteries that can be attached to whatever ad-hoc battle group the campaign calls for. 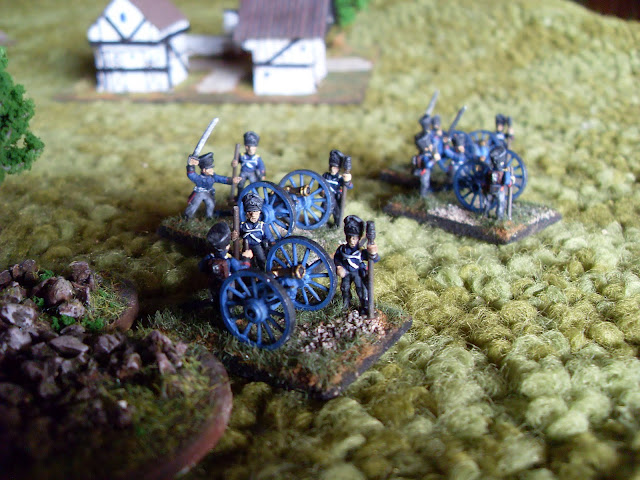 The gun models feature nice big holes at the muzzle - possibly a little exaggerated on the sizing, but it does look the part and gathers the paint really well. 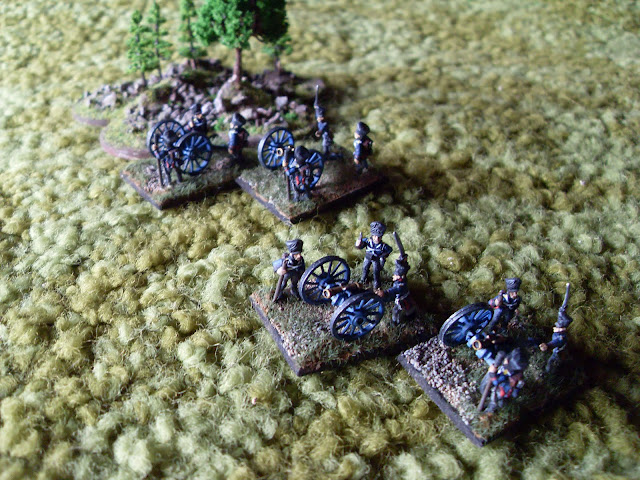 The crew figures are on the small size for 15mm, which again has its advantages. I have no problem fielding these for a battle alongside 18mm figures, and they would also fit in fairly inconspicuously with 10mm armies. That gives me the widest possible range of opponent players to mix with ... and that after all is the whole point of the exersize.

So no complaints from this quarter. 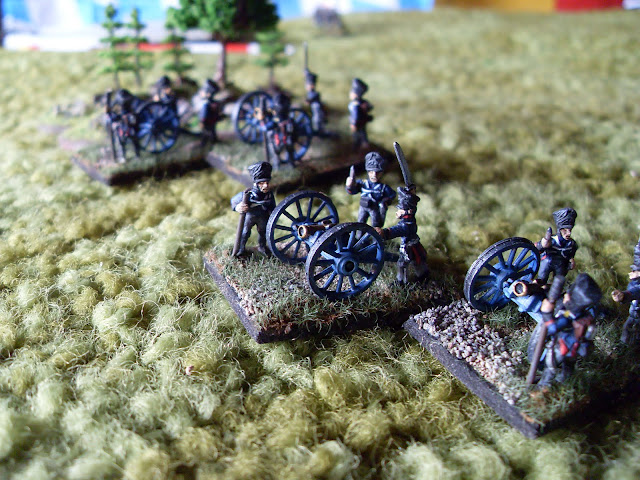 Ive gone for a dirty weathered campaign look with these models. Late war Prussians are there to fight modern no holds barred total war - not perform on the parade ground. 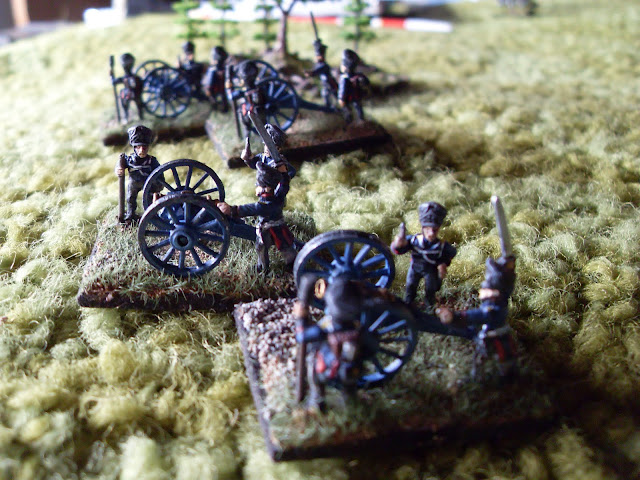 So there we go, another regiment of the day ... recruited from lead mountain and ready for the battlefield in 24hours.

The only downside - they are inexpensive, quick to buy from mail order, and they just look cool in a very Prussian way. The downside of that being that I have a shedload of them now sitting in lead mountain.

Vorwarts to the painting room !

Light drybrush with grey over the shako covers is not a huge amount of extra work, and worth the effort in this case since the details on the creases of the shako cover is quite marked on these figures.