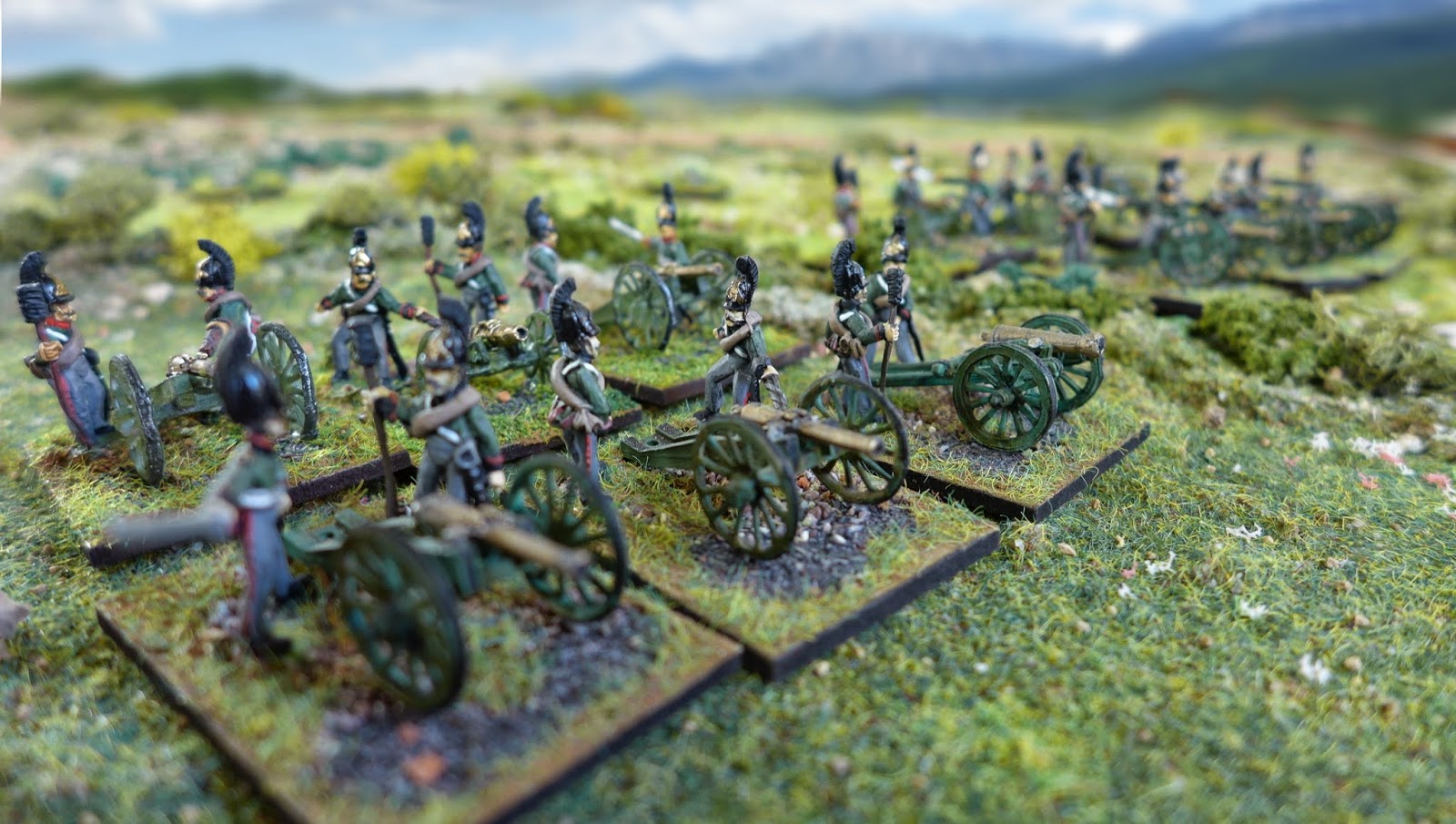 Thought I would start off a "May Day" Parade to try and get back up to date with the blogging and photography anyway.

So here we go .... welcome to my May Day Parade effort, concentrating on the Russian Army of 1813.

Will try and keep rolling through May to get all my Napoleonic Russians up to date on this blog. 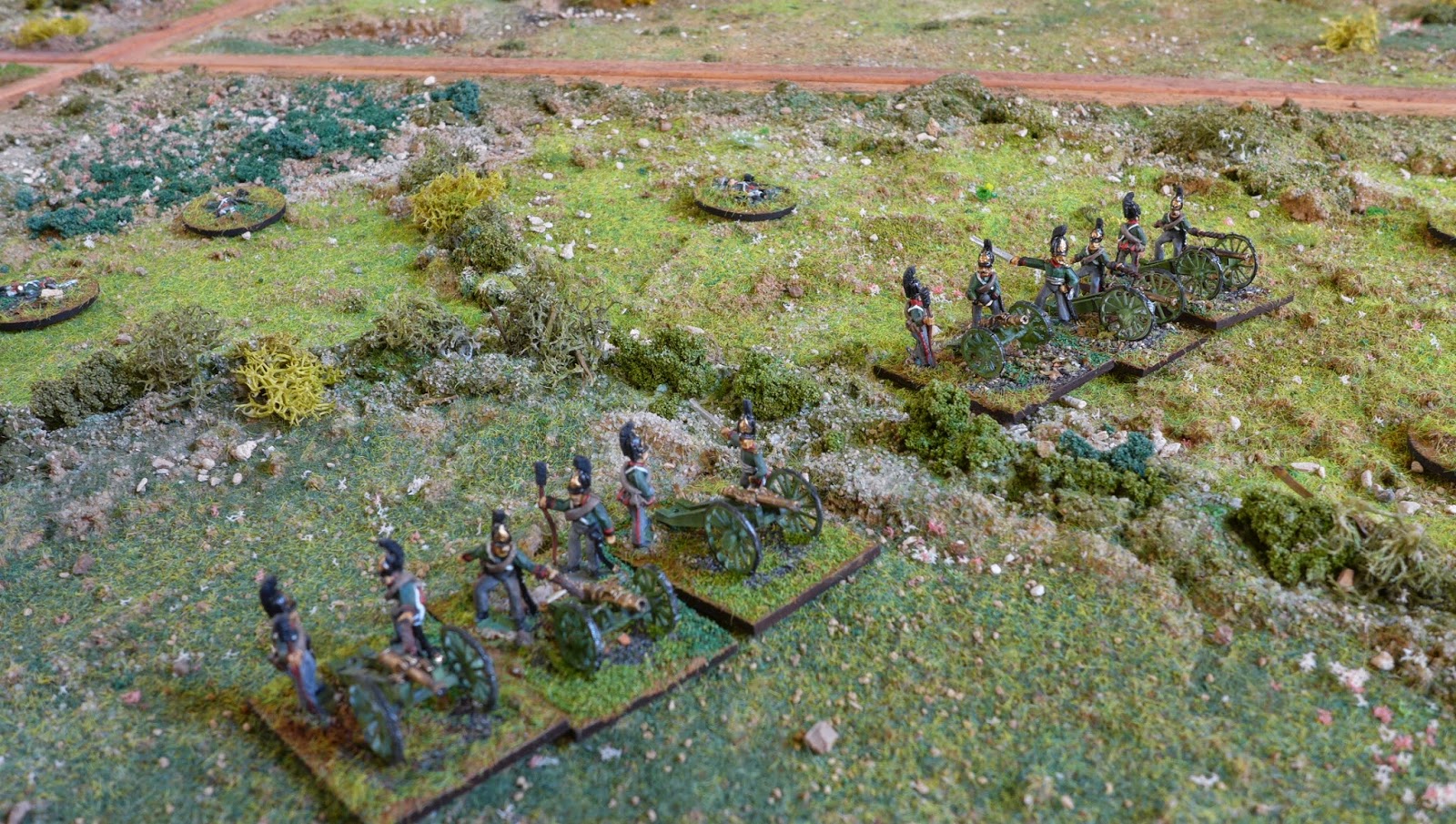 Couple of Russian Horse Artillery batteries in the field.

1-2 Sections in the Battery are typically equipped with the "light" 10lb Licorne ... a unique Russian type of gun that is a hybrid between a field gun and howitzer. 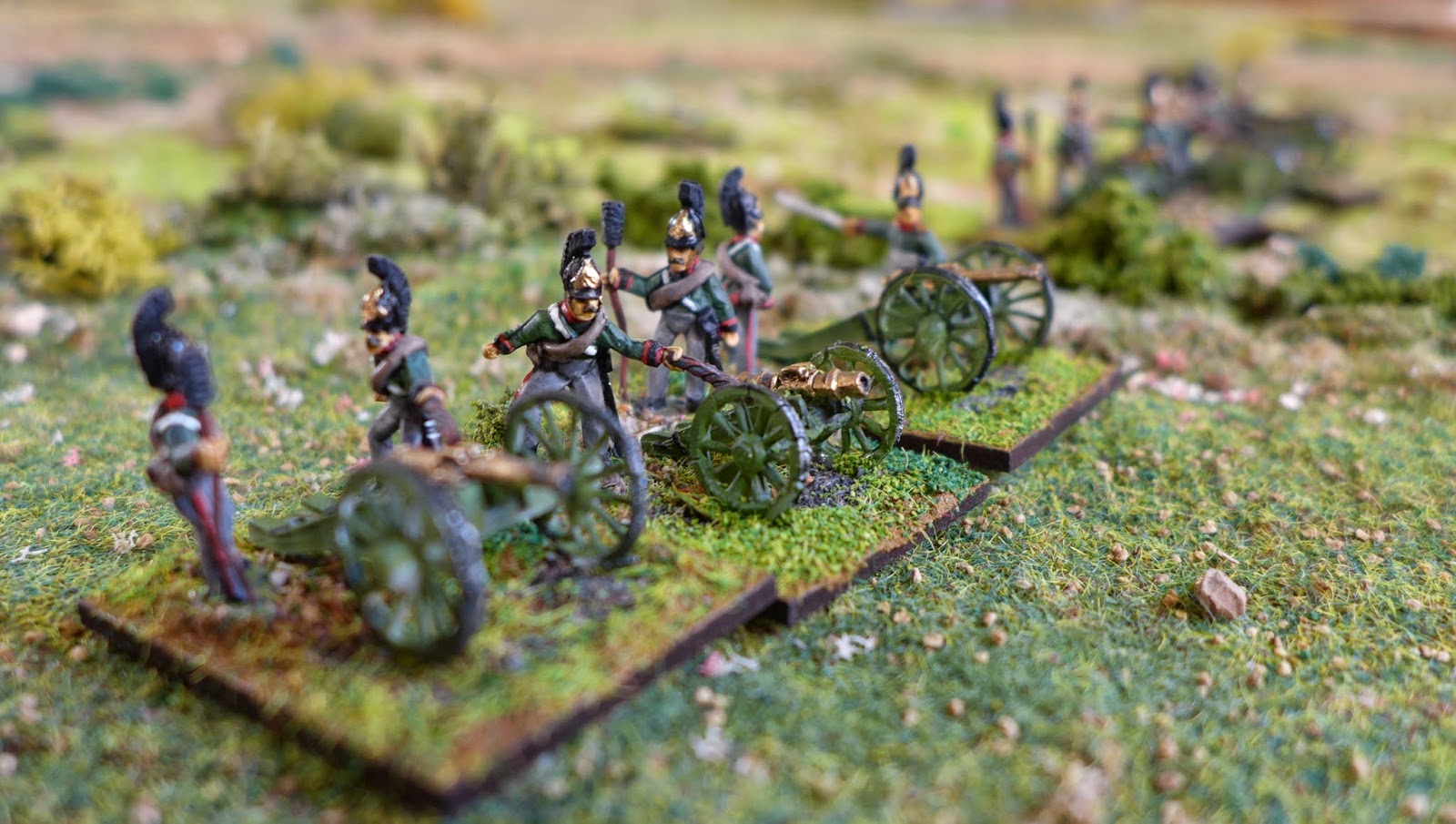 In the "Grand Tactical" figure scale that I am using here, 1 crew model = 1 section of guns.

This works out well for a game with a couple of  Corps per side. 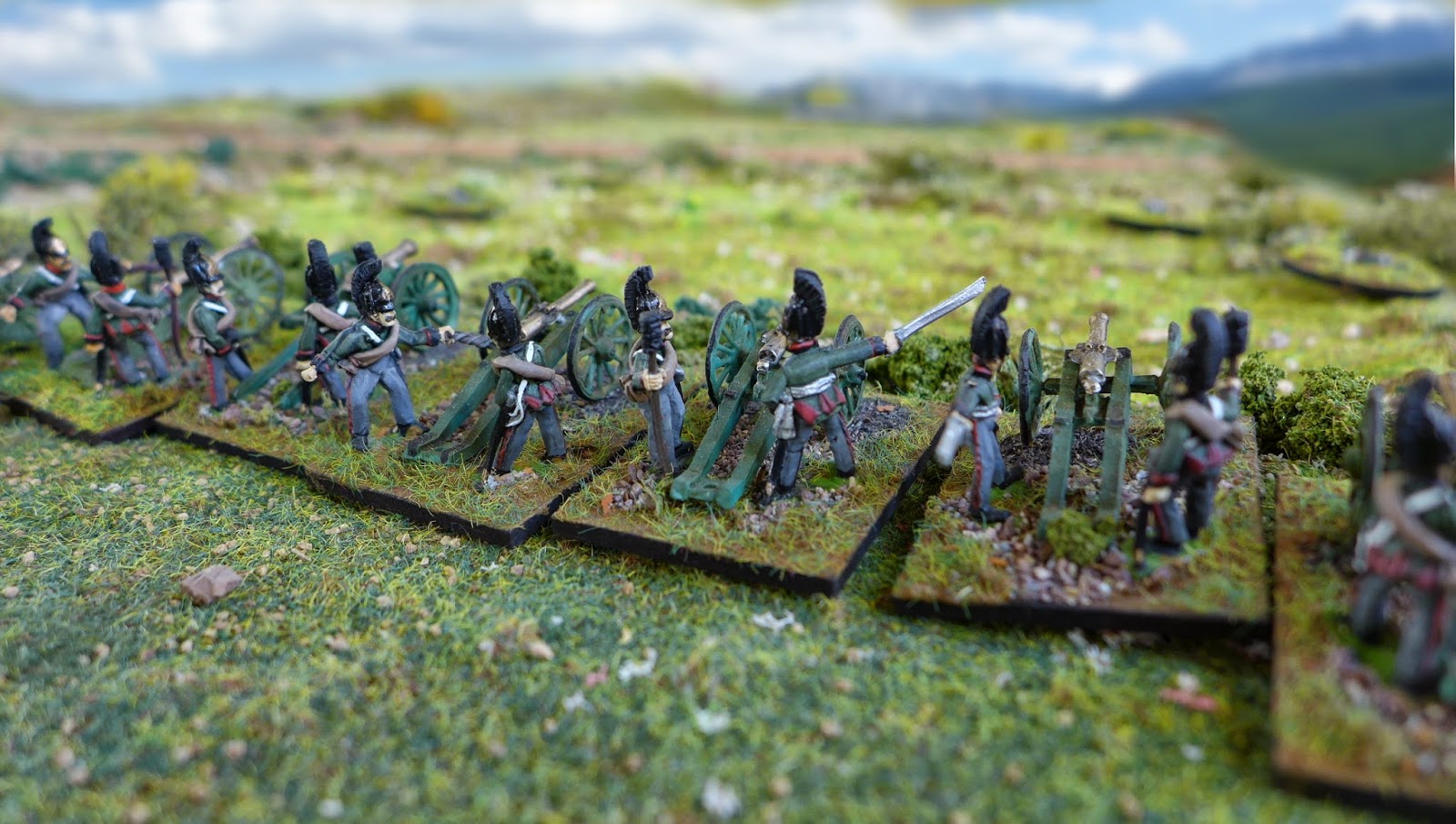 If I was putting a smaller scale battle - say a couple of Divisions per side, then we could 1 gun model = 1 section ..... giving us all 6 bases as shown above for a battery. 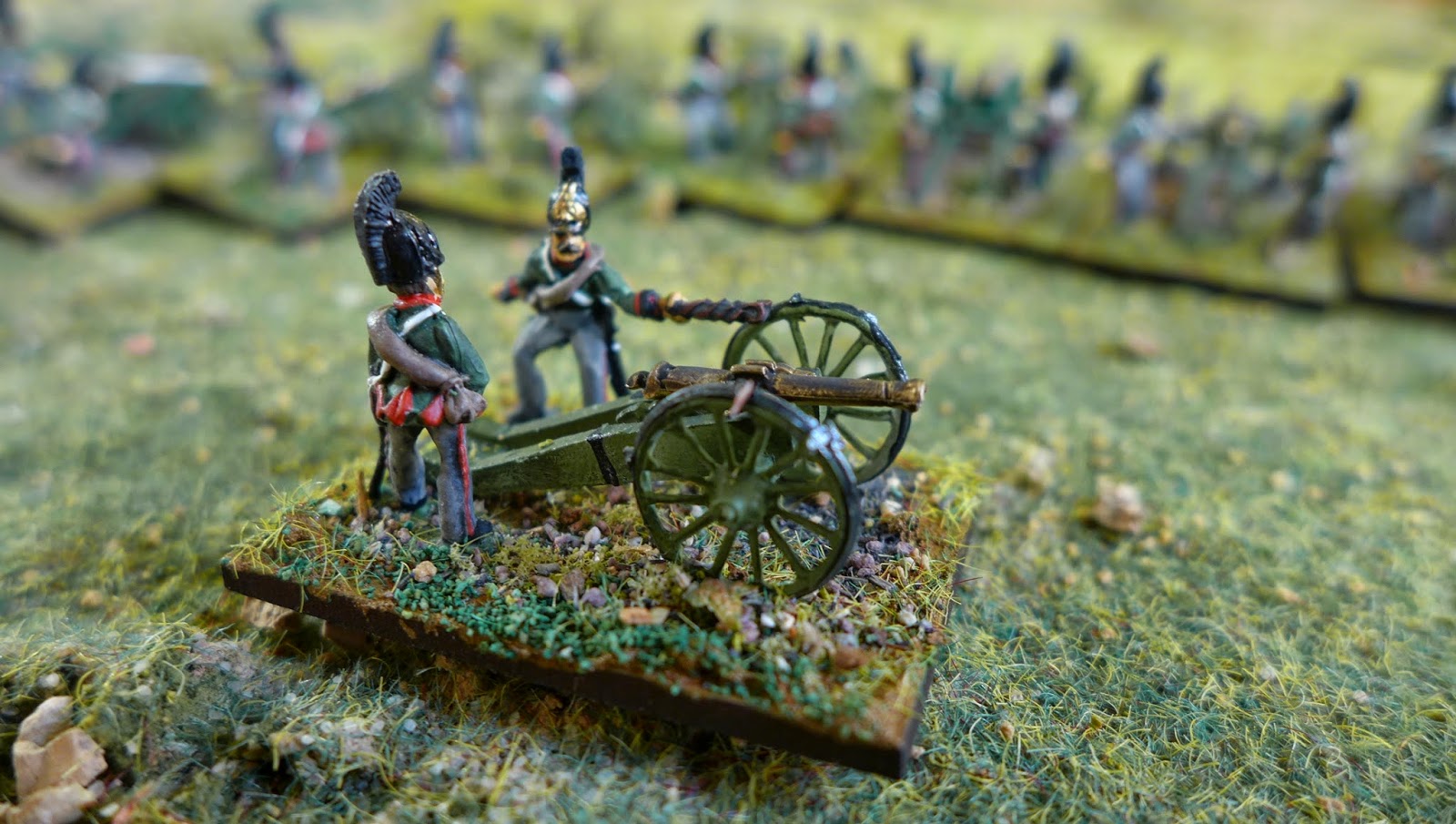 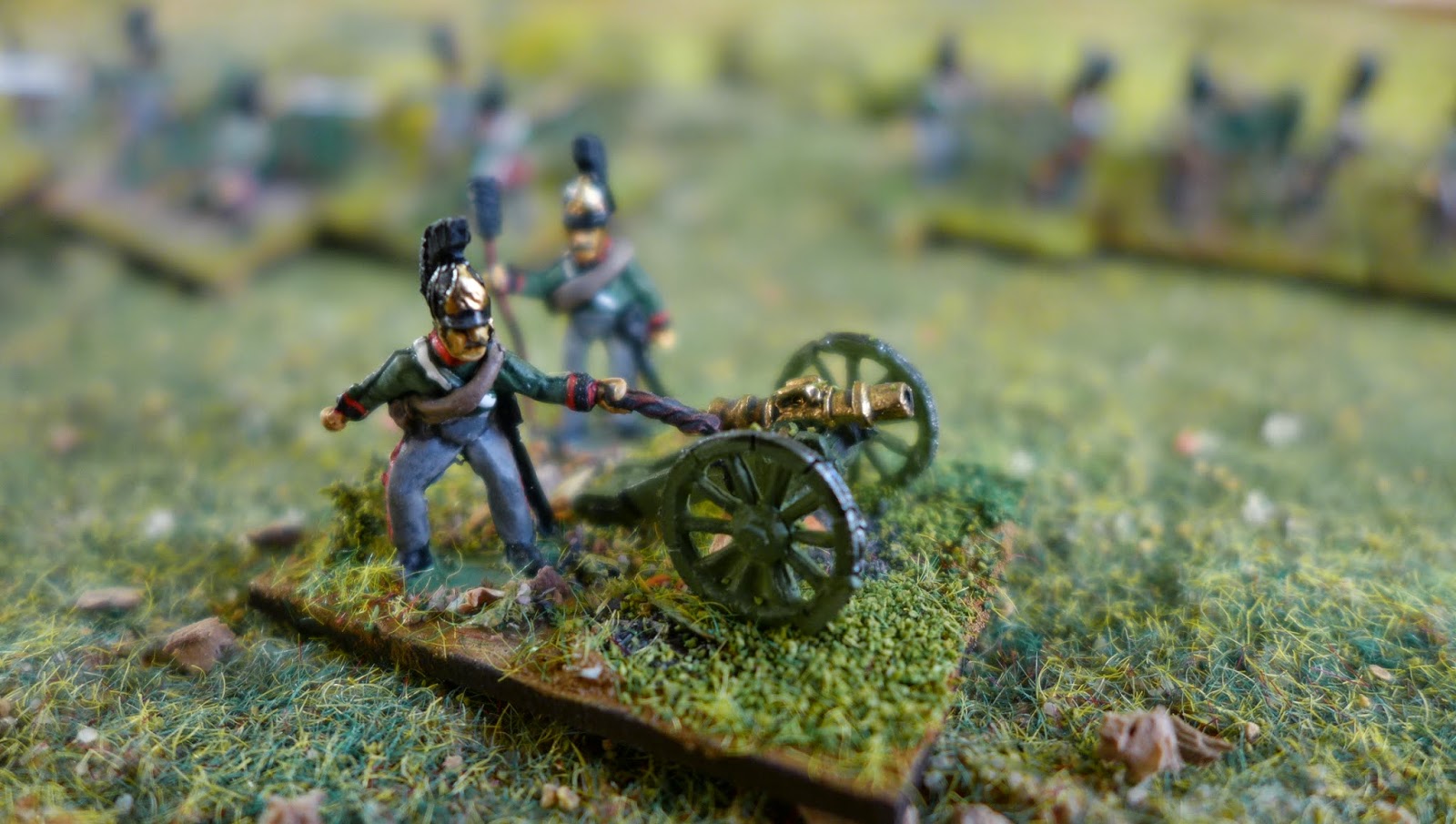 One of the Licorne sections, this Licorne model is from the Chariot Minis range ... which happen to have a Horse Artillery Licorne in their lineup. 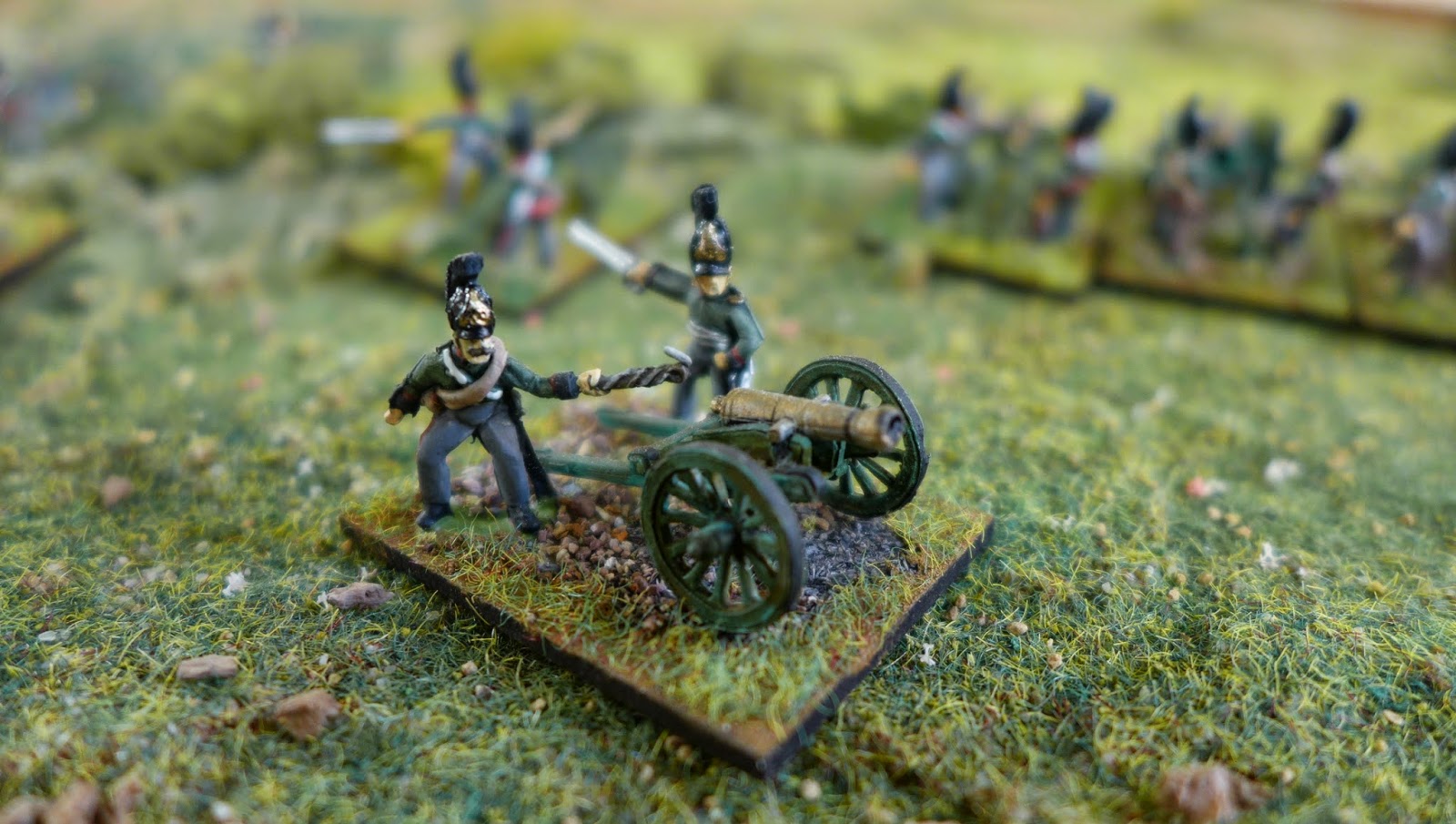 Here is anoter Licorne section, this gun is from Eureka Minis 18mm SYW range, being a "Russian 3lb Battalion Gun" 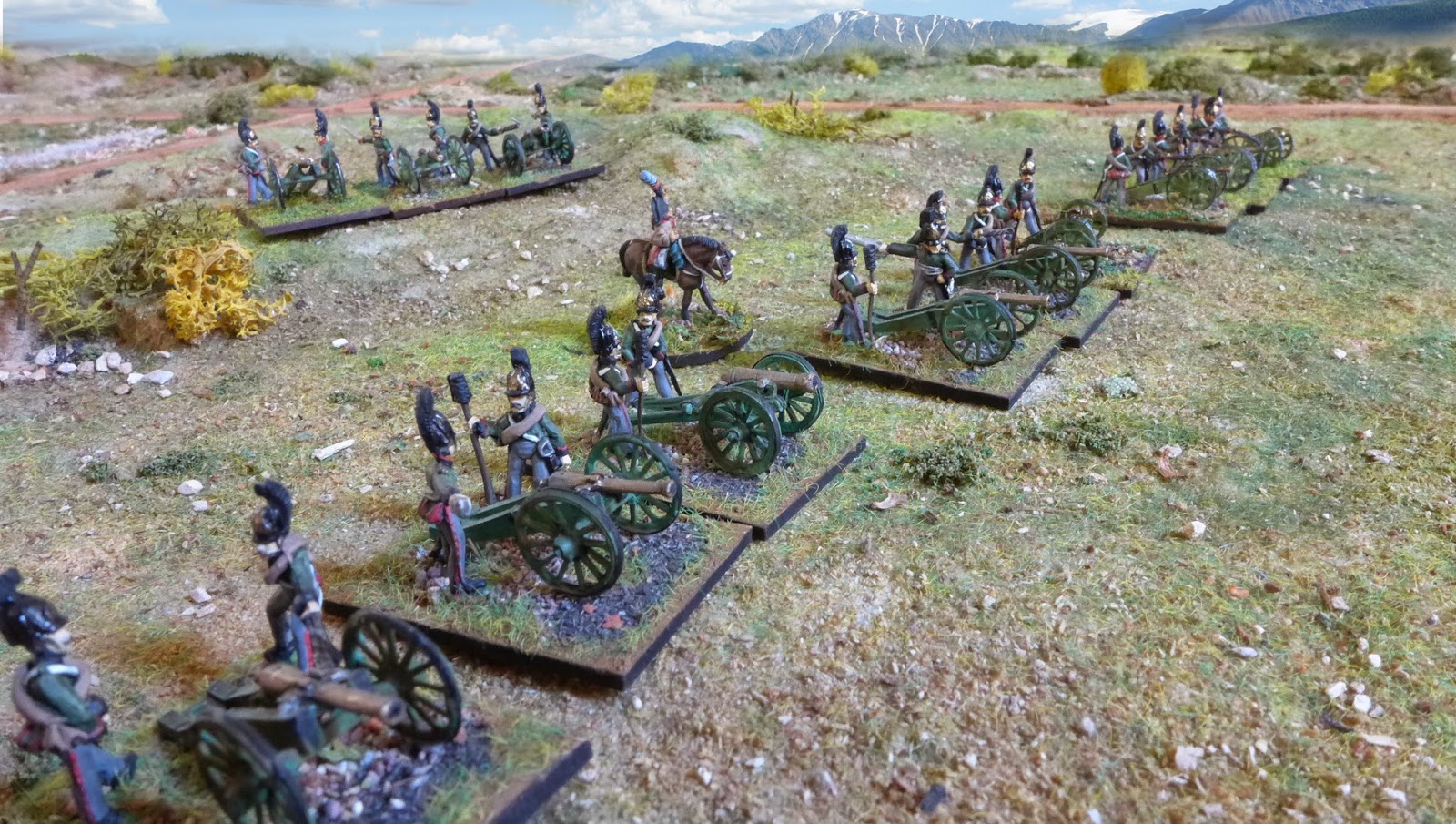 This is a spectacularly nice photo (even if I do say so myself).

A lot of people on miniatures forums suggest shooting "wide open" (with a low F-stop number), which does work well for isolating individual miniatures for great detail photos.

I think though that if you want to capture a sweeping shot, and avoid having it look too much like a miniatures photo .... go for the slowest aperture setting you can handle to increase the depth of field.

Photo Editing - this one I just loaded up using Gimp, placed the real landscape photo in a layer behind the miniatures photo .... and then use the erase tool to remove bits of the foreground to let the landscape shot show through.

Quick and easy once you get the hang of it.

Rest of the photo is untouched. 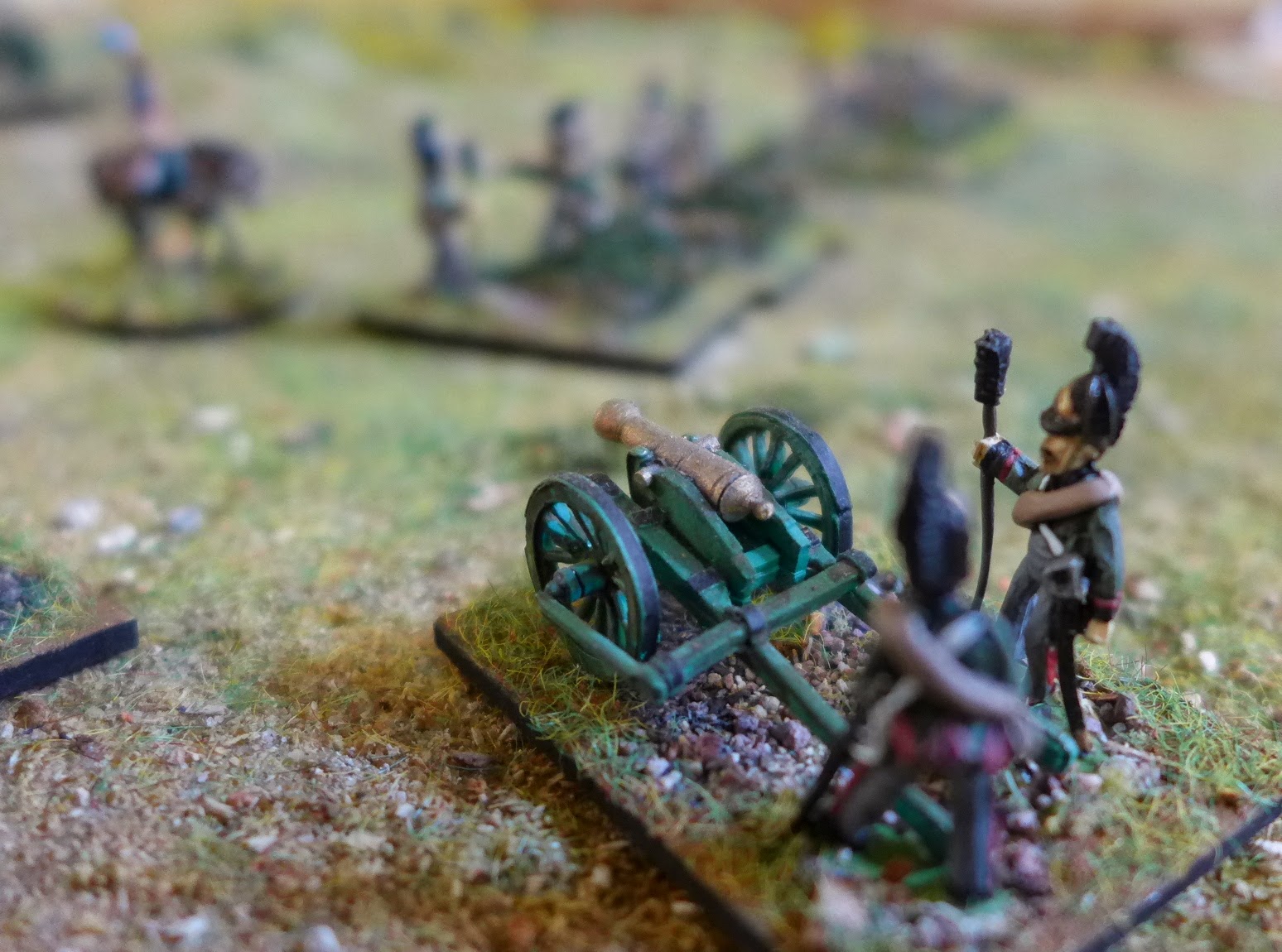 Another shot of the excellent Eureka Minis SYW battalion gun.

Whilst not standard issue by any means .... its still more than likely that some of these pieces were pulled out of mothballs and pressed into service when the Motherland was invaded. The technology and function of the weapon hadn't exactly changed a great deal since the SYW anyway. 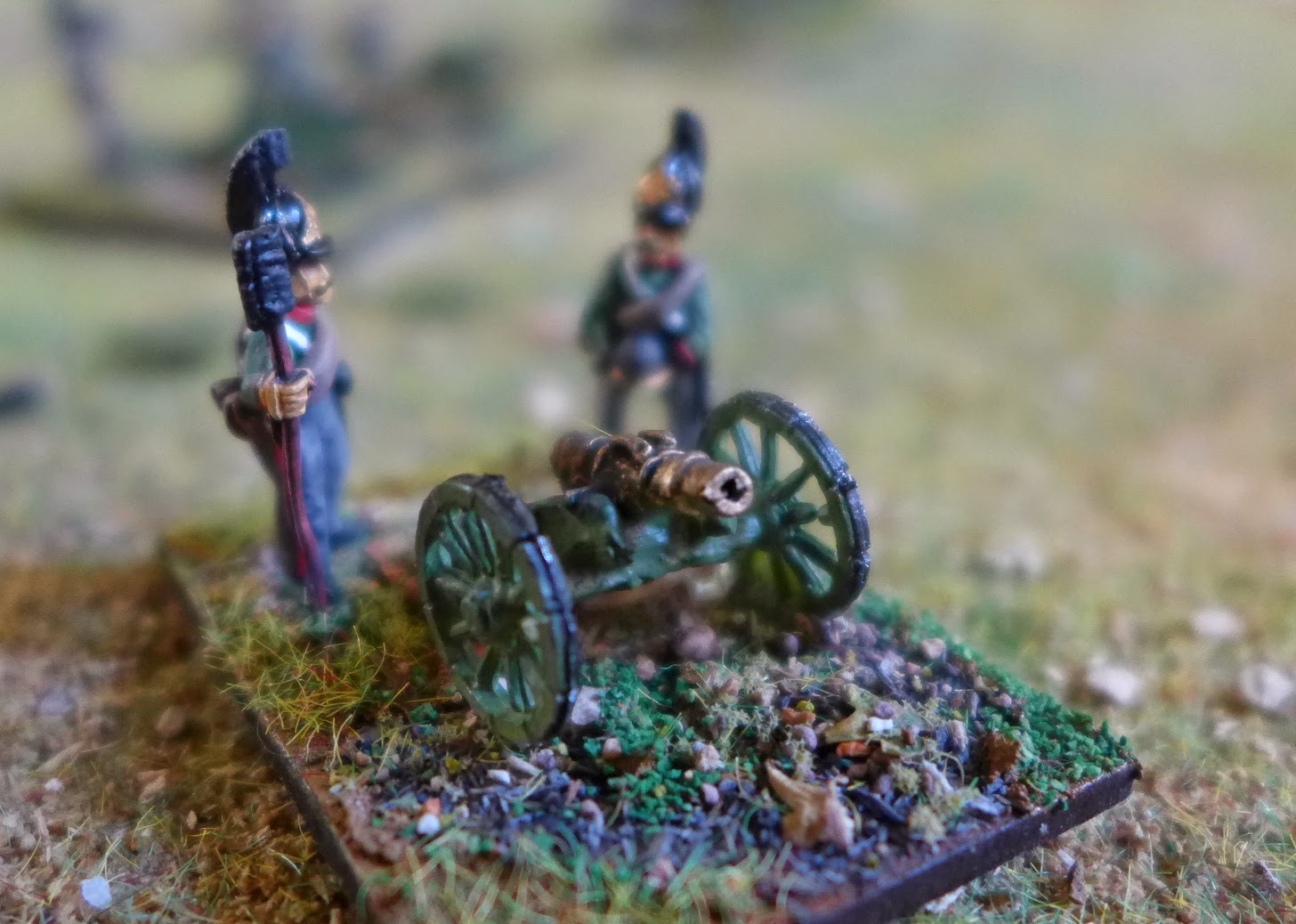 Another closeup of the Chariot Minis Licorne model. 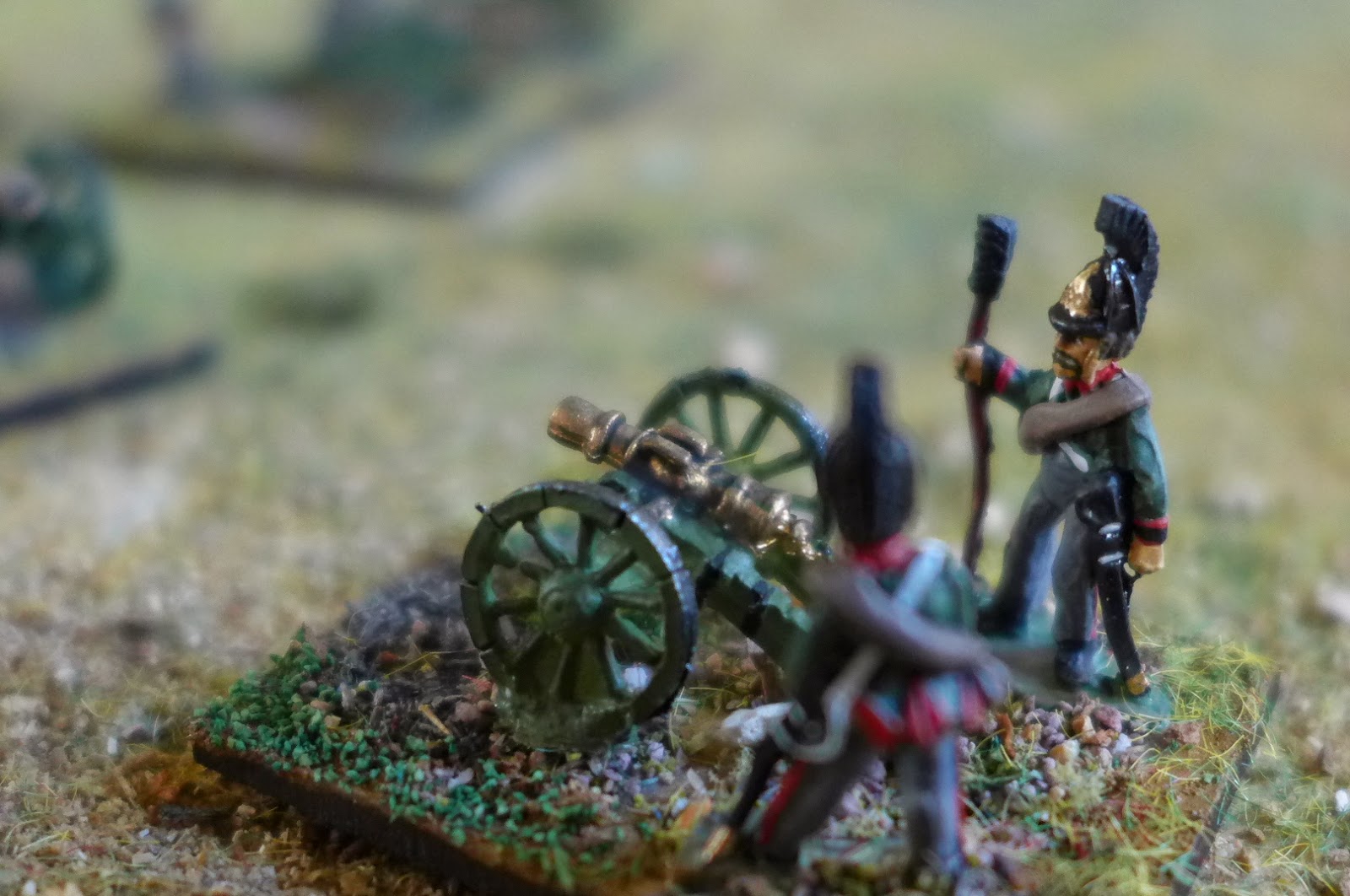 Chariot minis Licorne from the side view.

All crew figures are from Lancashire Games.