French Infantry of the Revolution 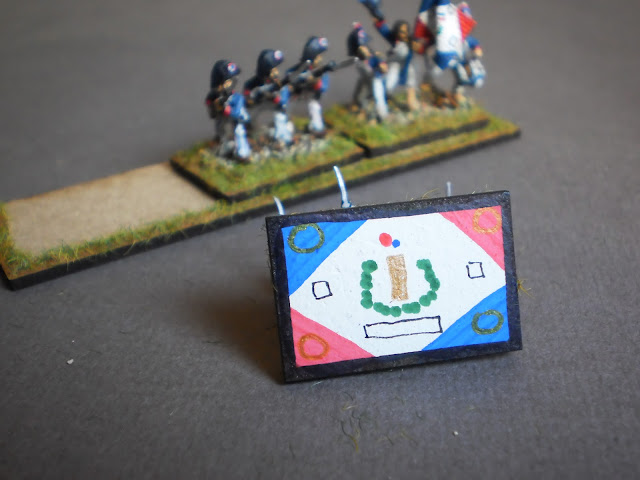 Some more early period French in bicornes ... using some figures from an exciting new range from Lancashire Games. 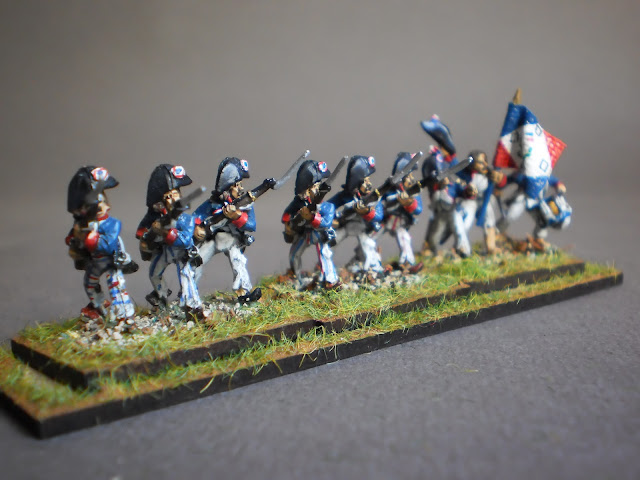 More French in bicornes for my early Corps to fight at Jena Auerstaedt campaign.

These are some newer figures from Lancashire Games in their Revolutionary Wars range. Excellent figures to represent ragged but enthusiastic and dashing French line who fought the campaigns during those glory days of  the creation of the French Empire. 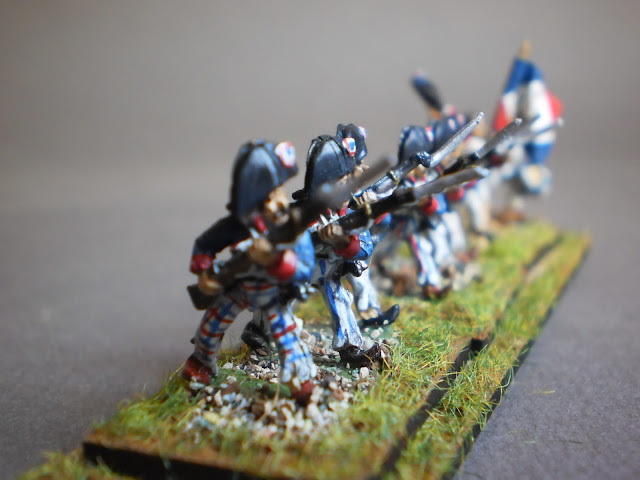 Poses here are slightly cartoonish ... which is a good thing in this case.

These figures are full of life, and have an exceptional layer of very clear details such as the ragged torn trousers, flowing locks of hair, and sweeping turnbacks that appear to be blowing in the wind.

Well animated figures that fit the flavour of the period exceptionally well. 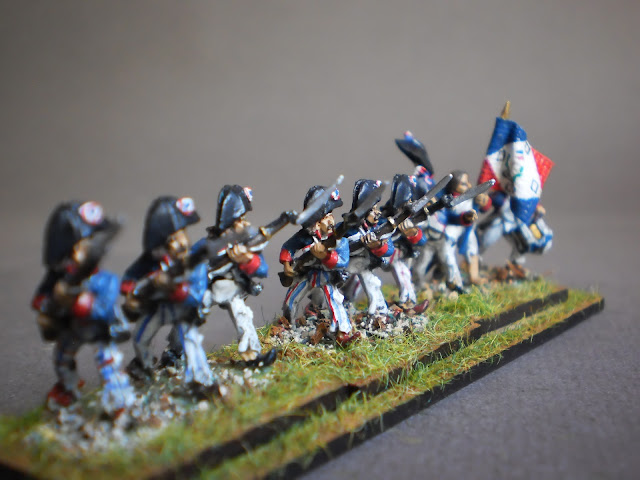 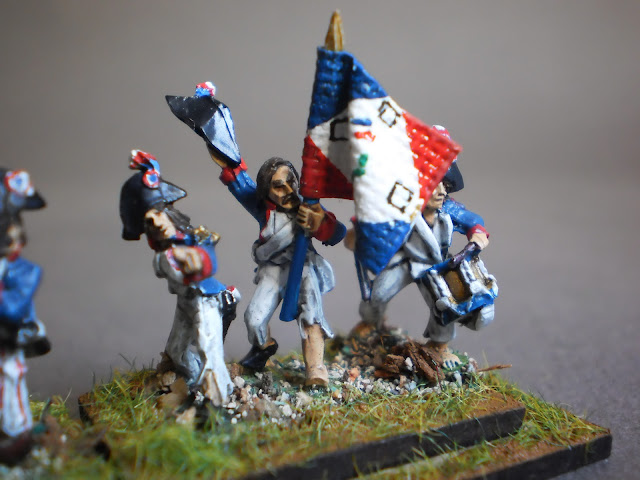 In particular - the command group have some of the best sculpting and animation that you will find in this scale.

The barefoot drummer, and the ragged ripped up uniform of the standard bearer is a miniature masterpiece !

There is a very clever balance between level of detail and animation in these figures that makes them both easy to paint, and looking 'alive' at the same time. 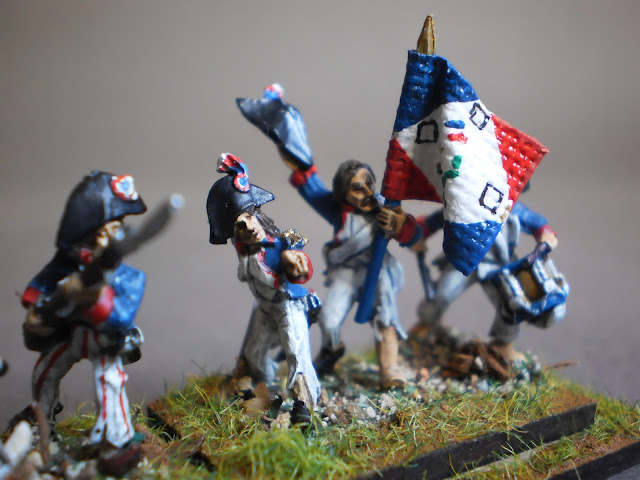 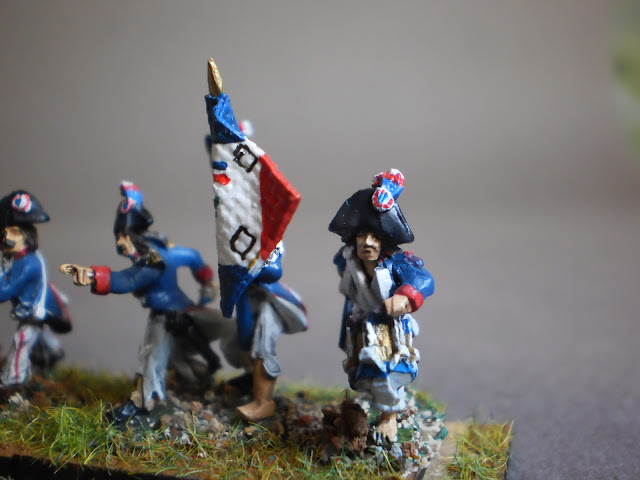 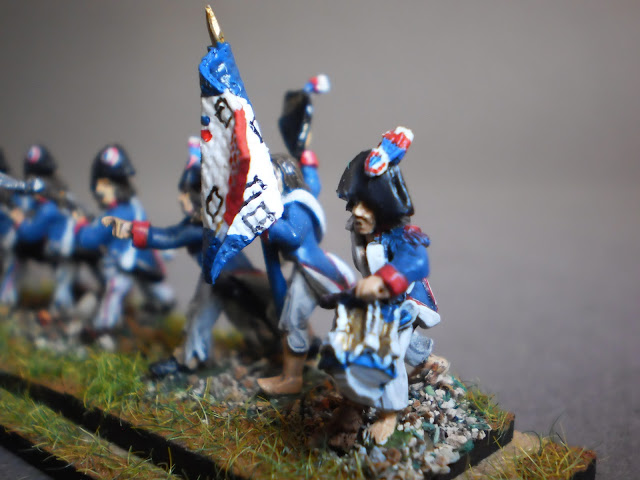 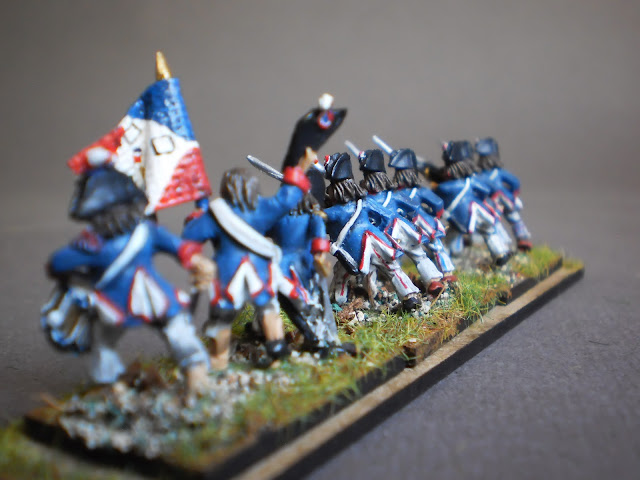 Note also the long, unkempt and messy hair-do's  that complete the revolutionary look. 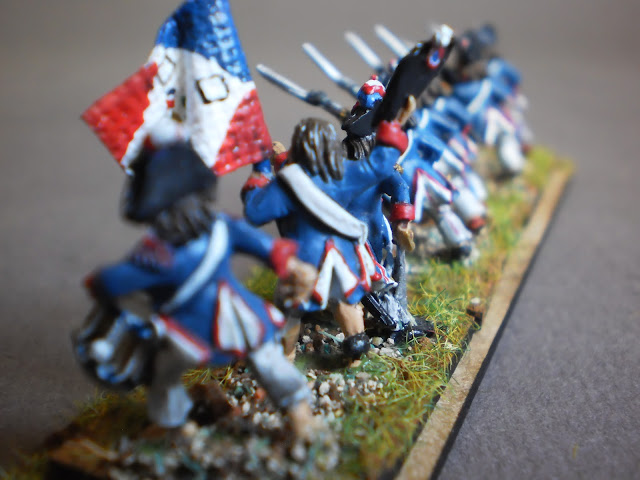 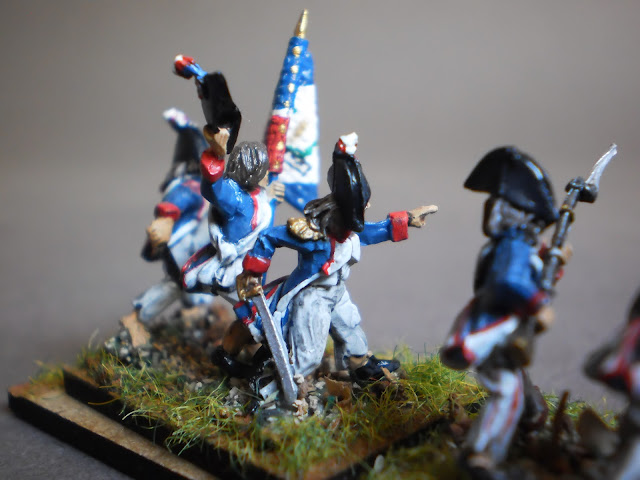 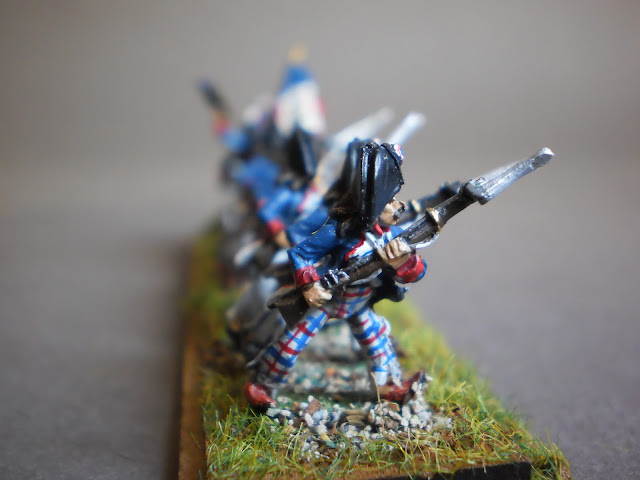 I think he is wearing clogs this one. 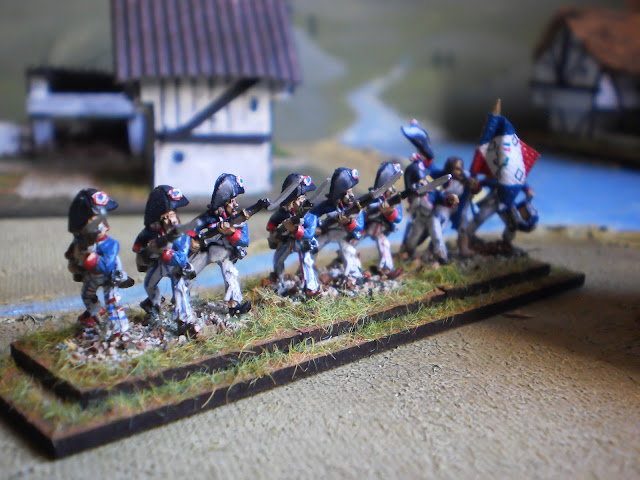 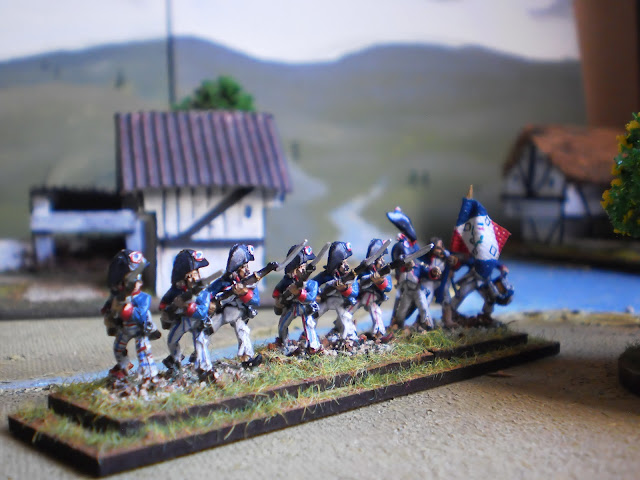 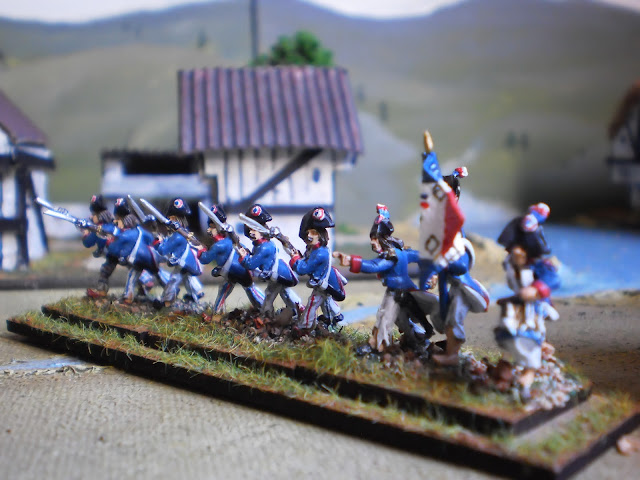 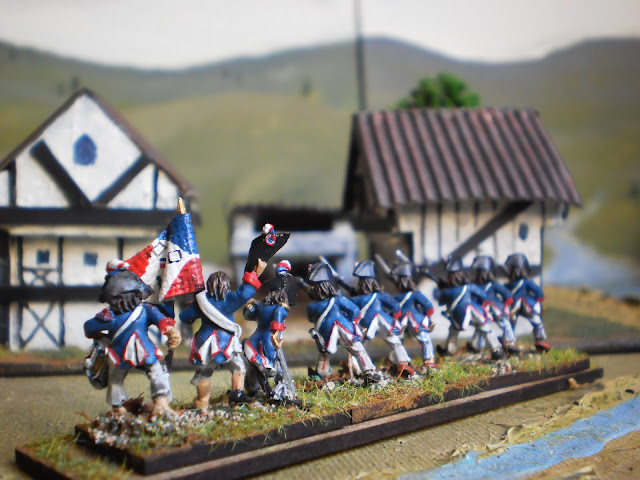 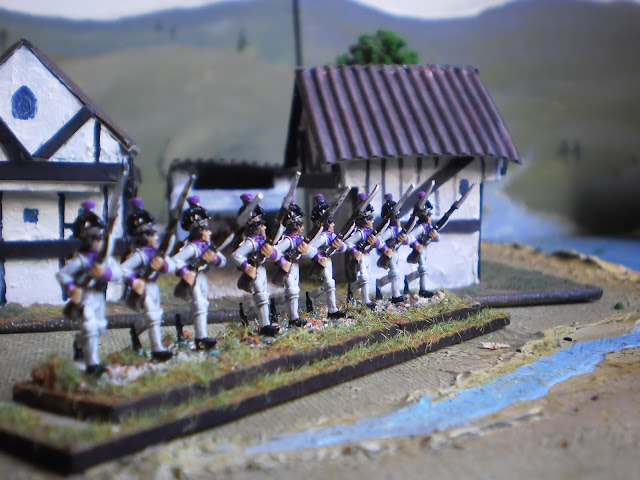 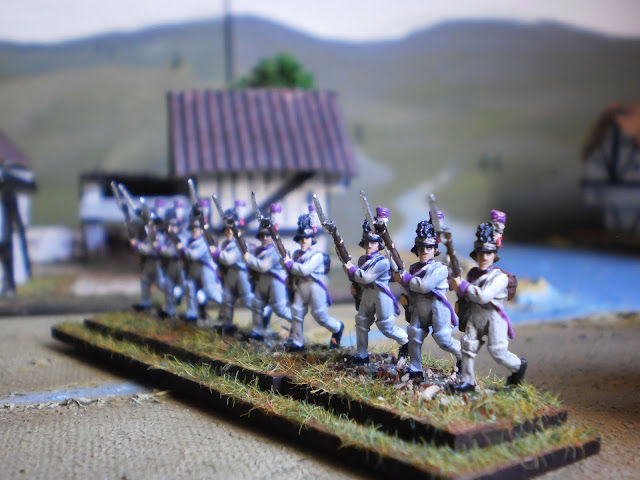