Finishing off the next Polish regiment in the line ..  2 more battalions of Polish line infantry. 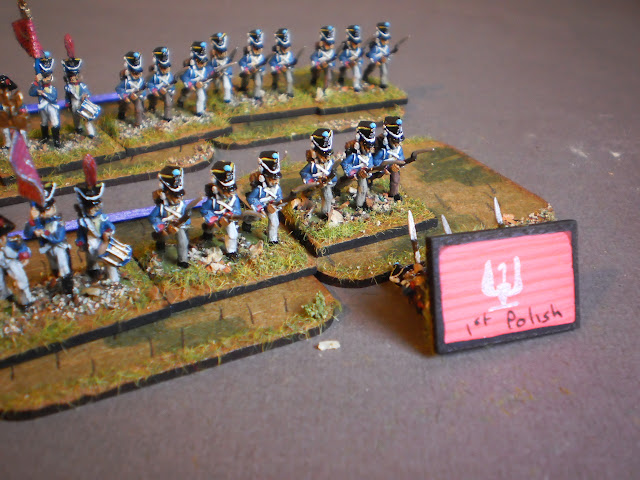 So as far as Leipzig goes, we have the VIII Polish) Corps, 26th Division, 1st Brigade.

OOB for this brigade is : 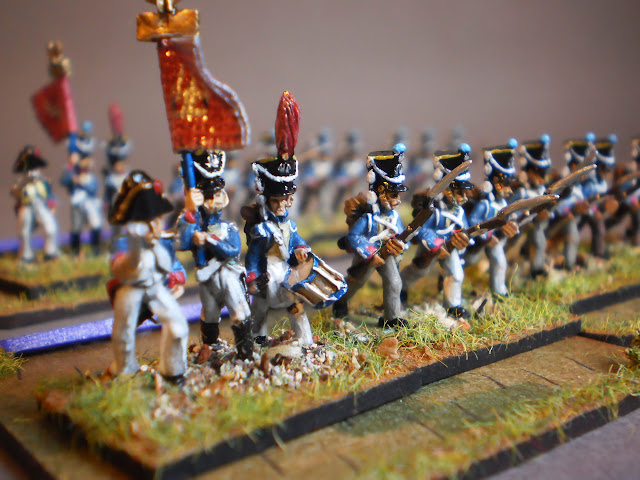 Each understrength Battalion being made up of 4 companies of fusiliers at a strength of anything from 60-90 men each. Thats 6 figures max for the fusilier companies. (Using Empire scaling of 1:60)

Just need to add a small Grenadier company to each battalion, and a skirmisher company, which I will do as soon as the figures arrive.

The whole battalion then fits neatly on to a 2.5 x 2" sabot base.

Long edge forward for battle formations such as attack column, leaving a gap between the battalion bases for the rear rank to deploy forward into line.

Short edge forward (with a 1 base frontage) for movement columns.

Note that the units here from the 1st Regiment are wearing the up to date uniform with blue collars !! 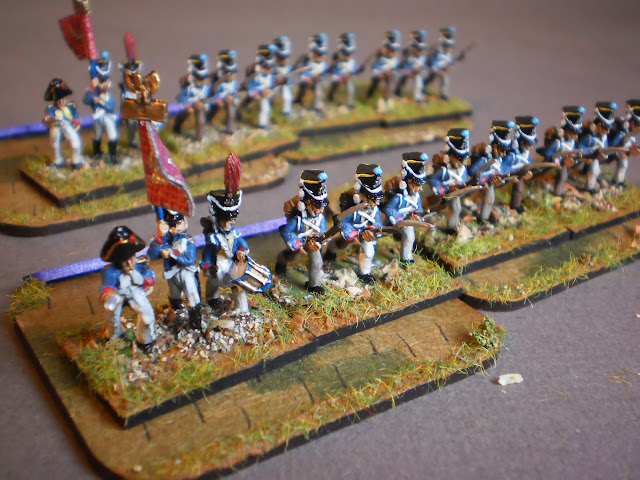 For every given formation, only need the nametag and flag party on the lead battalion.

This has an added benefit on the gaming table, as the 'named' lead battalion with the flag becomes the regulating battalion for all movement and orders. Easy Peasy.