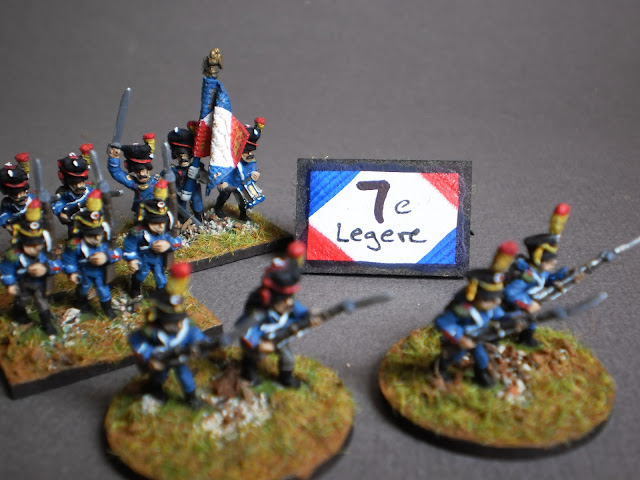 Following on from the prolog with Stage 1 proper, we had an exciting race last night, featuring the yellow jersey making a bold statement up the front of the race .. a few crashes .. and a mad pace all the way to the line.

Right at the end, a young rider from Slovakia .. showing something short of contempt for the rest of the field, almost cruising past Spartacus to take the stage win in the final metres.

So Ill throw in some colourful French Legere to match the feel of that stage. 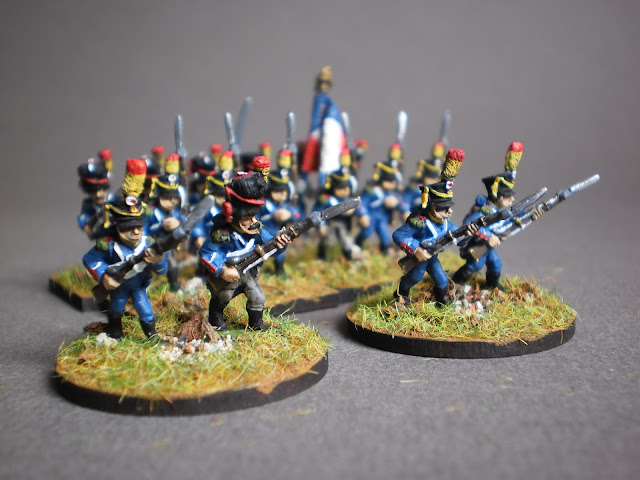 For Leipzig 2013, there are a small number of strong veteran Legere units left over from the disasters in Russia.

Most of the French units are understrength conscript and provisional line units ... hastily thrown together to fill in the various Corps.

These veteran light infantry units should play a critical part in the coming campaign then ... probably best employed as a rapid reaction "fire brigade" to stem the allied tide wherever it threatens to break through. 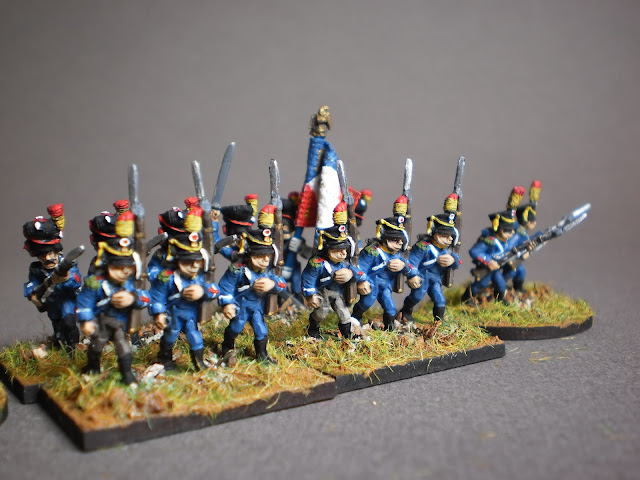 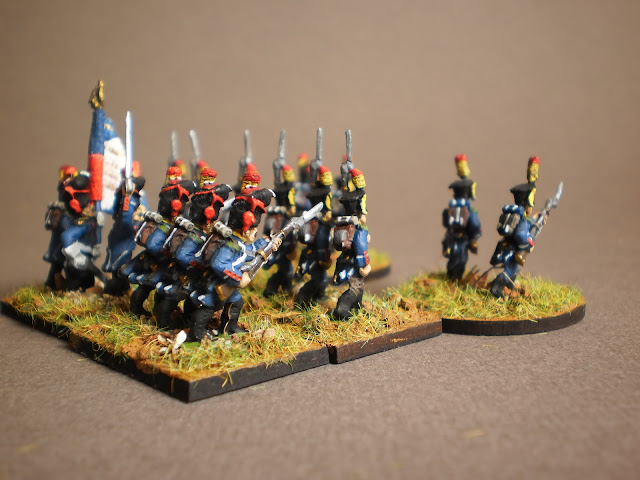 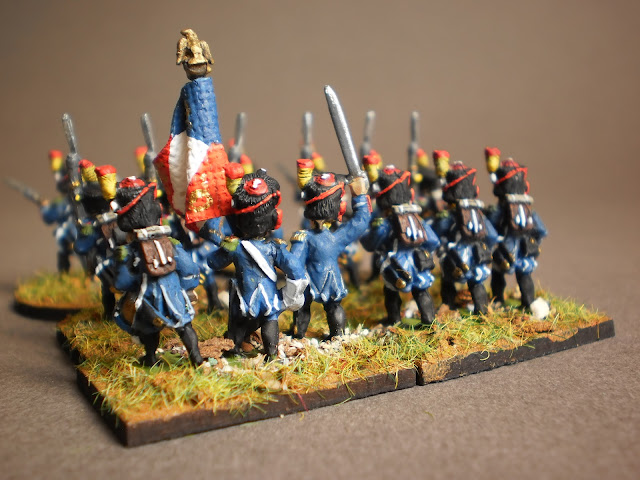 Command element and Carabinier companies with a good number of bearskins in the mix :) 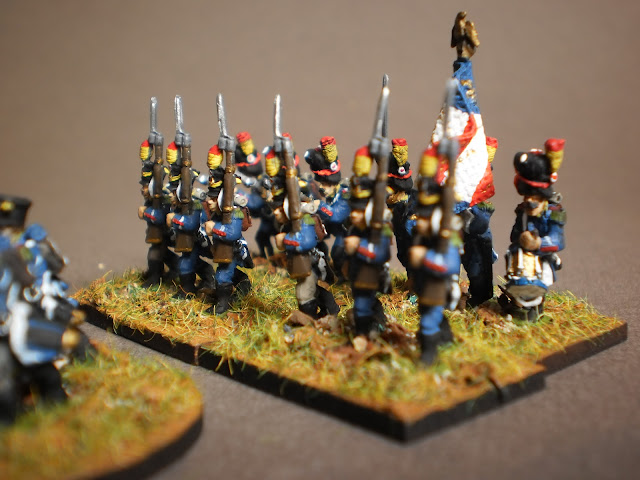 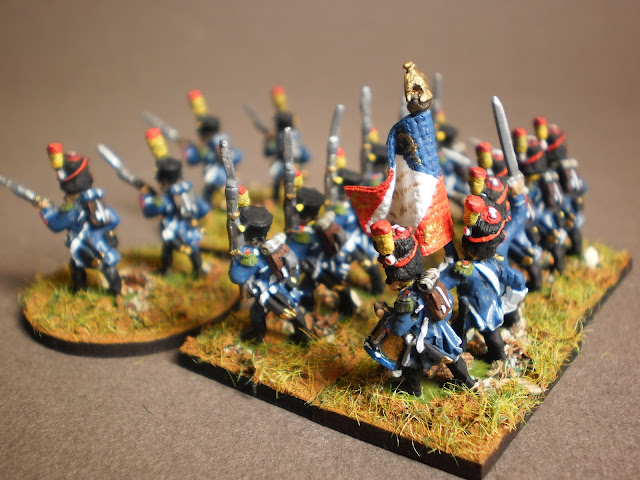 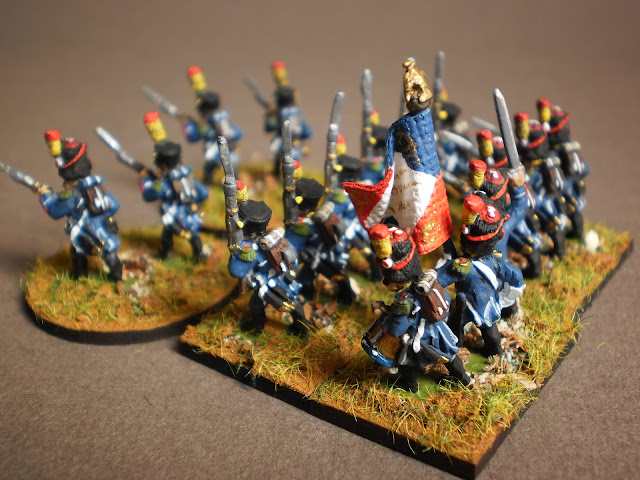 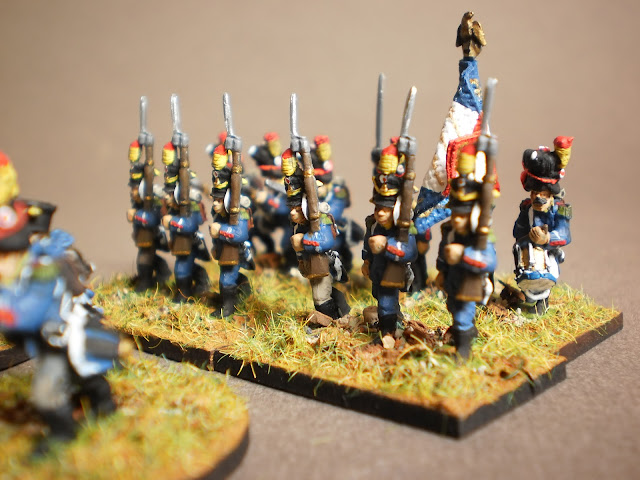 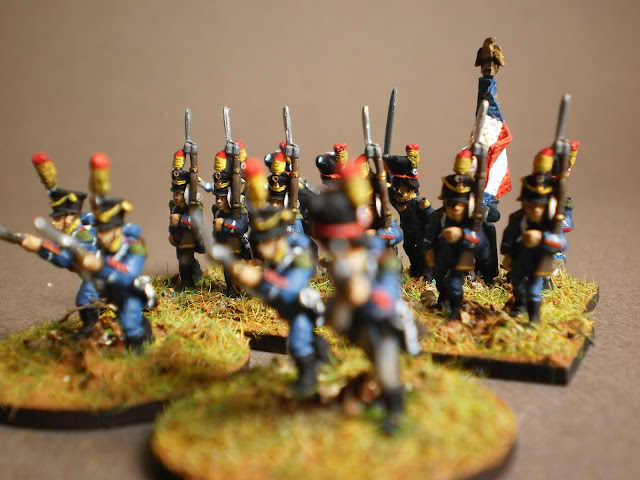