Good stage to pull out some masses now and look at a Division on the table, all based up on battalion sabot bases.

Here is what an 1813 Division roughly looks like at 1:60 scale.  This is modelled on the French 6th Division / II Corps on the Southern front at Leipzig in 1813. 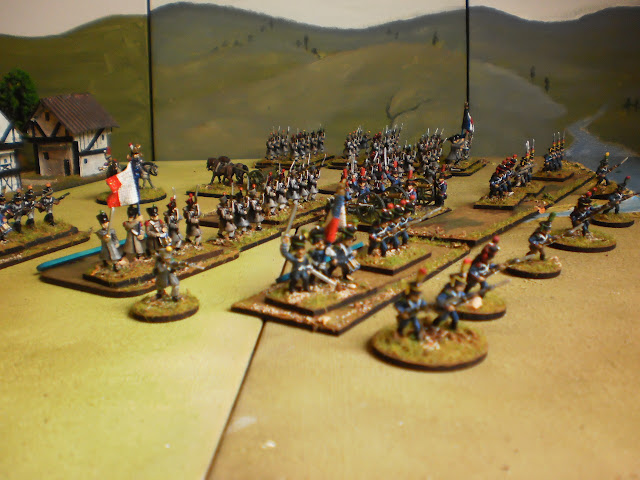 Lucky for me ... the French units are quite 'understrength' for this campaign.

Note the lack of cavalry at the Division level.  Not much more at Corps level for this unit either. 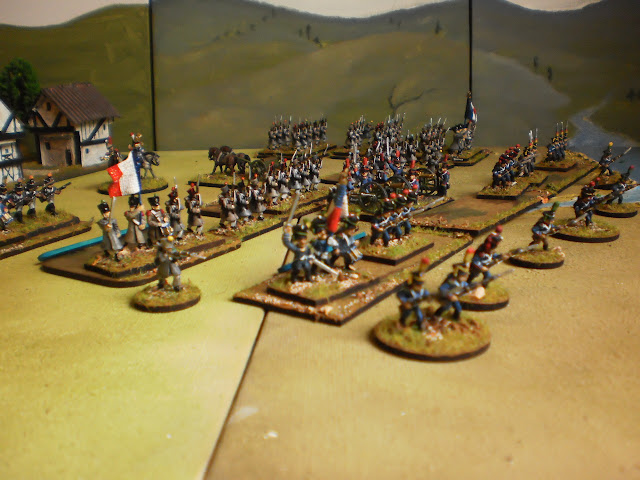 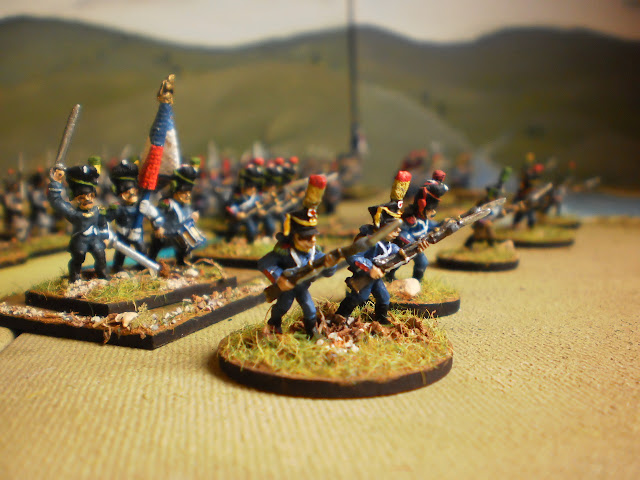 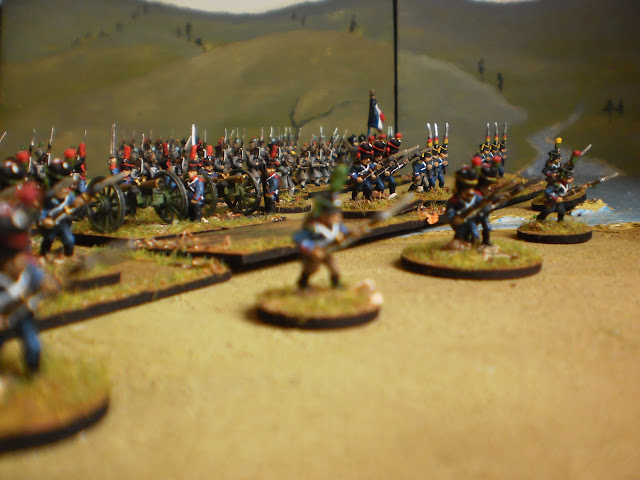 View from the leading skirmish line. 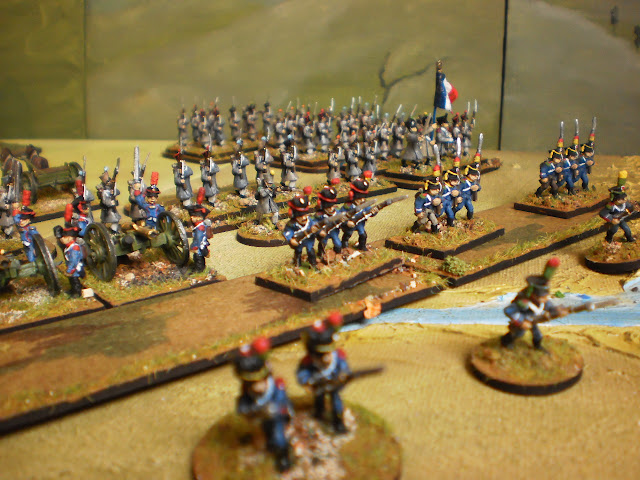 Left flank of the Division anchored against the foothills, with a regiment (3 battalions) in column. 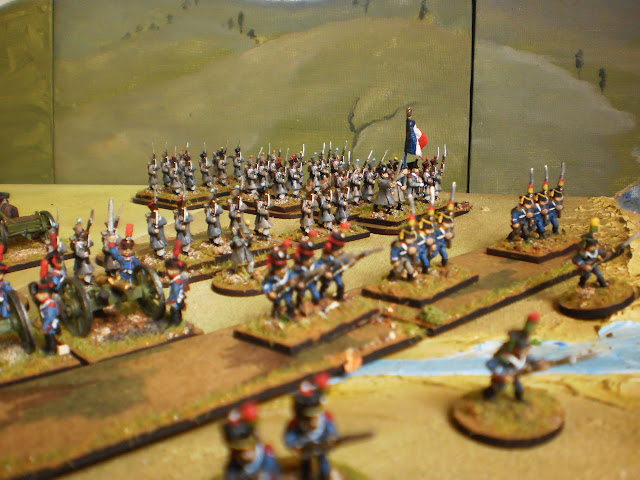 2 Batteries of 6/8lb guns in the centre.  Once engaged, the leading light battalions can either advance forward  to commit to a skirmish attack (good for rough terrain), or fall back behind the 2nd line to leave the guns up front  (great for open terrain). 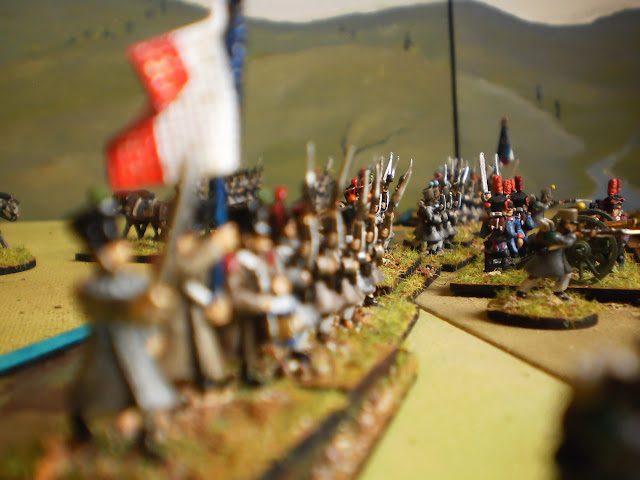 The 2nd line of the leading brigade is formed here in line.

Each battalion is deployed with just enough space between each battalion to allow them to form out into line, or fall back into Column of Divisions. 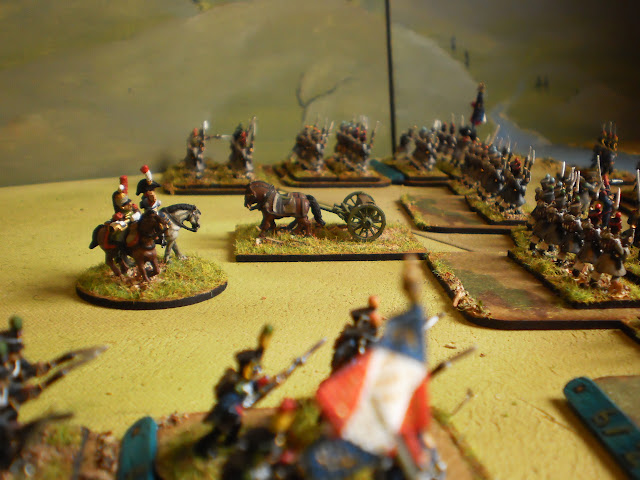 Divisional HQ sits safely in the centre of the formation, to maintain control. 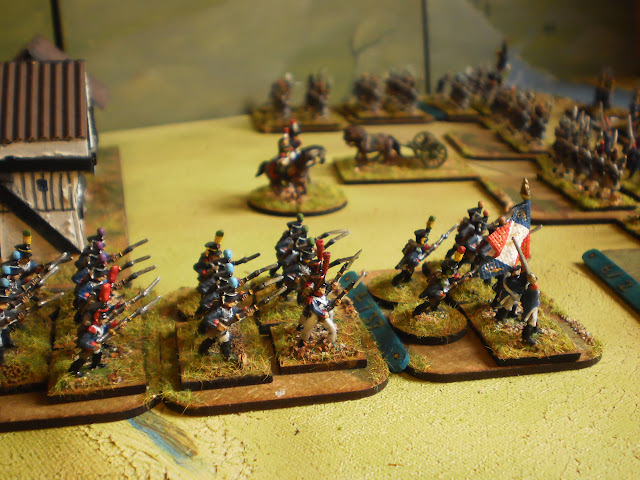 Right flank protexted by another 3 battalions in column of divisions. 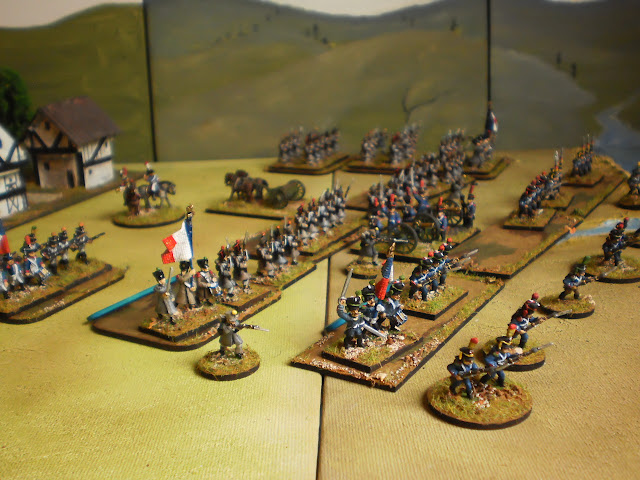 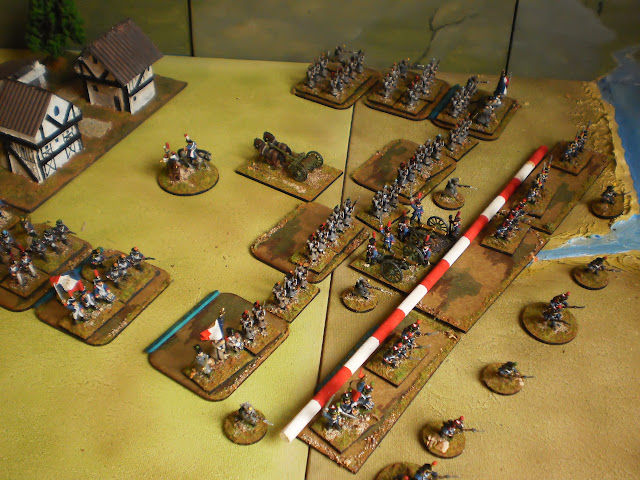 Total frontage - a little compressed here, covering just over 500 yards, with protected flanks and a little bit of depth.

II Corps has 3 of these Divisions ... and there are at least 2 Corps up front for the French in just the southern sector alone.  And a few more Corps behind that.

And the Allied armies to face them are significantly larger !
Posted by Unknown at 10:37