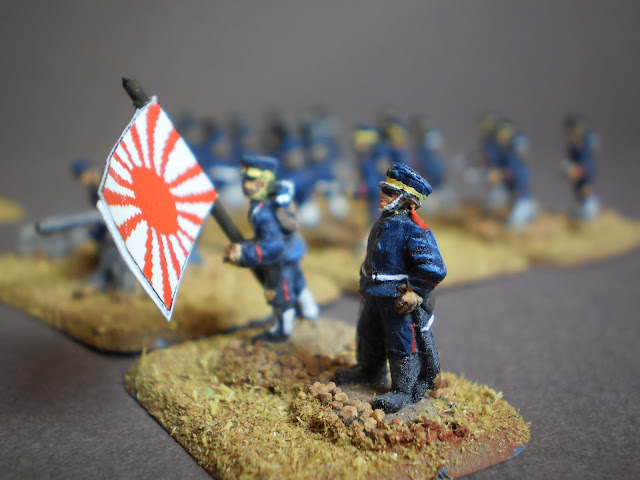 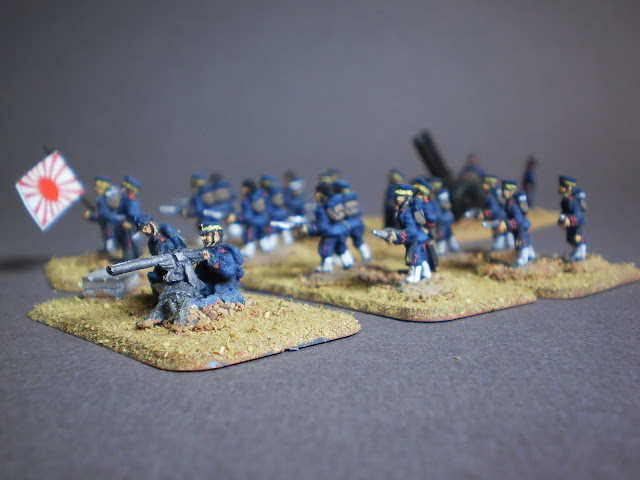 Bit of everything in this shot. 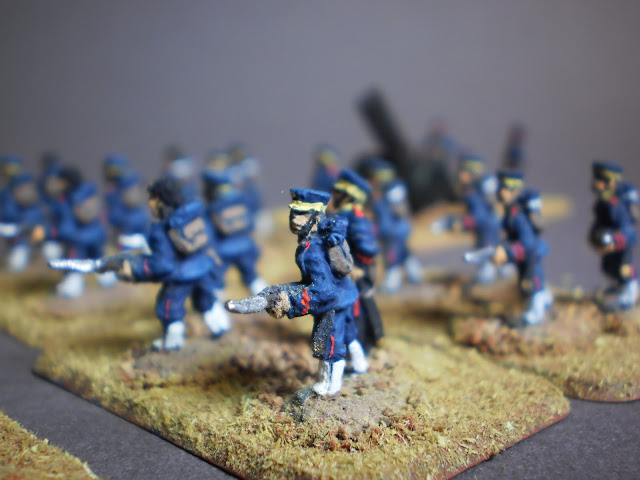 The blue uniforms are suitable for most winter uniform line or guard units of the Japanese army in the 1907 campaign.

Red stripes on the trousers, with red piping on the collars and cuffs.

As the war progressed, you start seeing some Japanese units fielding the more practical and familiar Japanese Ochre 'camo' uniforms.

This became fully evident when the guns of August began to fire in 1914 ... but I will leave that as an exersize for the reader to do further research and draw their own conclusions. 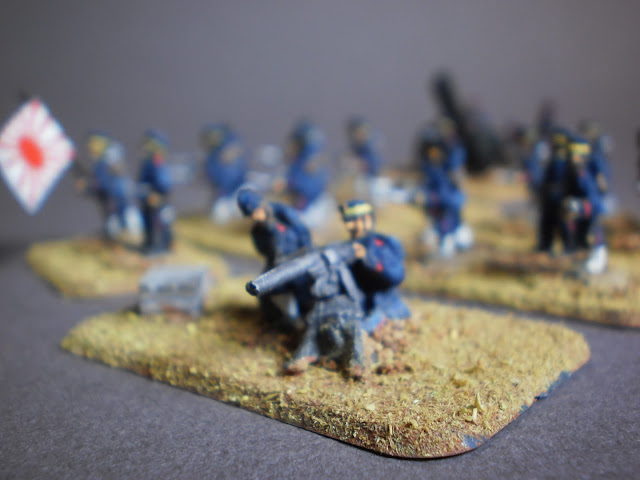 I dont think that the Japanese managed to employ too many of these new fangled devices .... trusting far more as they did in the bayonet, naval gunnery, and the Krupp cannon  (but mostly the bayonet !) 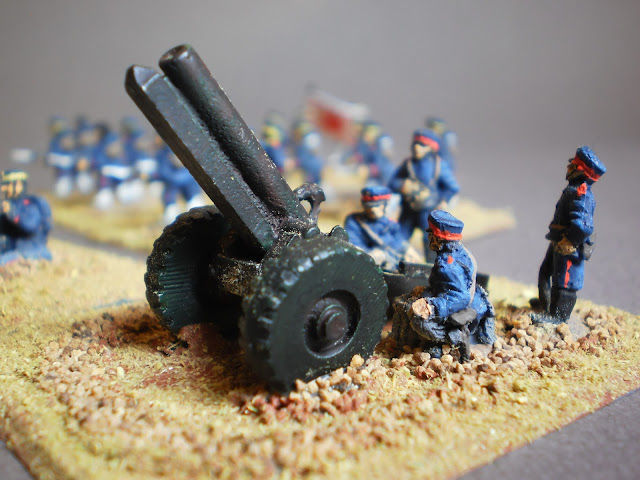 Some random peice of toy cannon found in a box ... makes for a suitable KruppWerks Seige canon in this case. 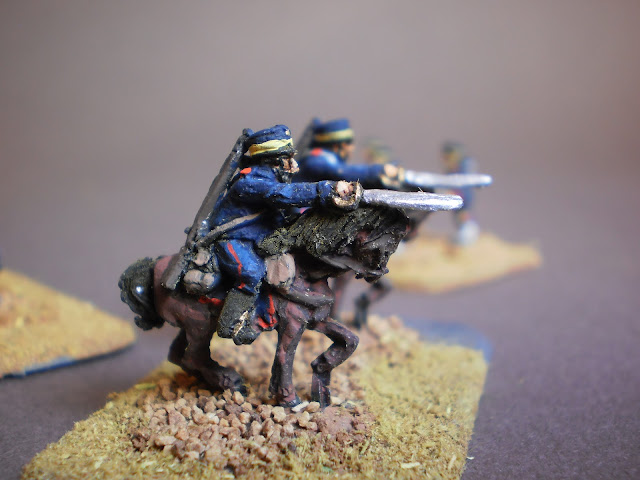 Despite the machines guns, naval artillery, flamethrowers and barbed wire seen in this campaign .... cavalry played a decisive role.

Here are some Japanese cavalry from 1907 in this case.

All efforts to relieve Port Arthur were thwarted by a brilliant series of actions from the Japanese land forces. They showed a mastery of the art of manoevre in these land battles to the North ... outmarching the Russians at every instance. 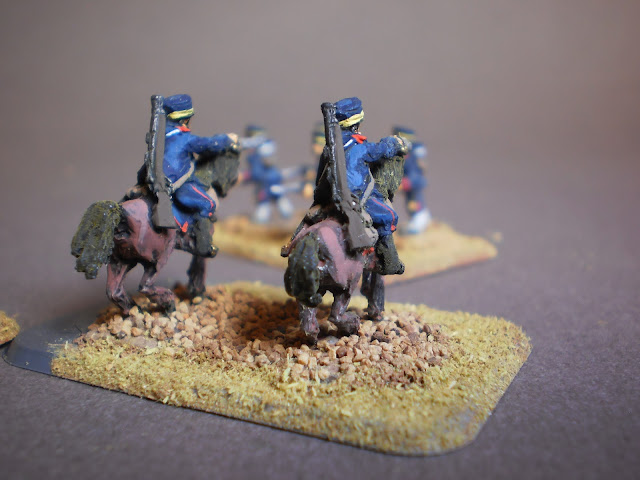 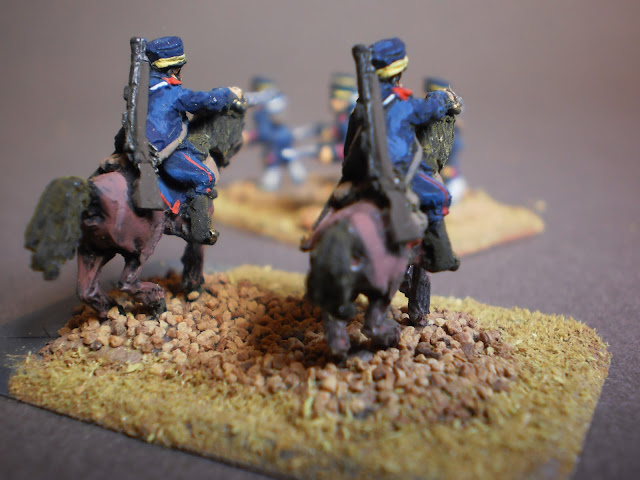 These figures were painted about 10 years ago, and dont have any sealant on the paints. These were all done using vallejo acrylics.

The hues have held up very well ... but for some reason there is some yellowing and frosting happening on the blacks. Could be that they are have been stored in polypropylene boxes ? Note sure.

I might try hitting these with a touch up, and doing the whole 2 coats of varnish thing, and seeing how that holds up for another 10 years.
Posted by Unknown at 01:34