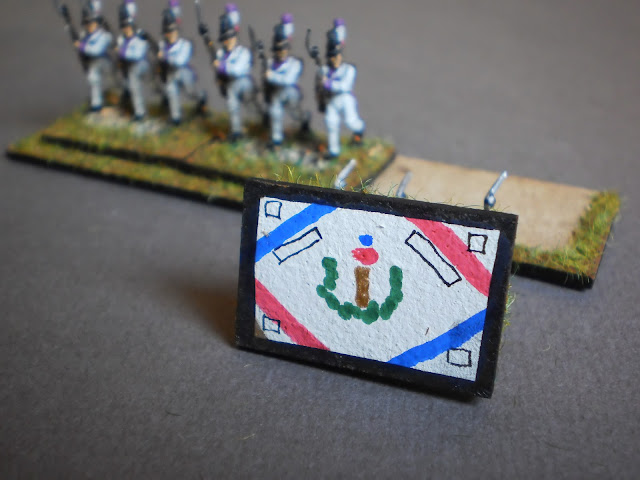 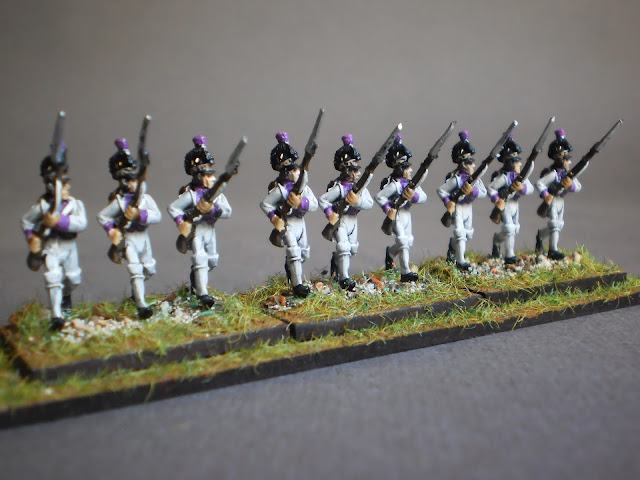 No specific regiment in this case ... there is a wide variety available each with distinctive facing colours that cover the collars, cuffs, lapels, turnbacks and plume tip. 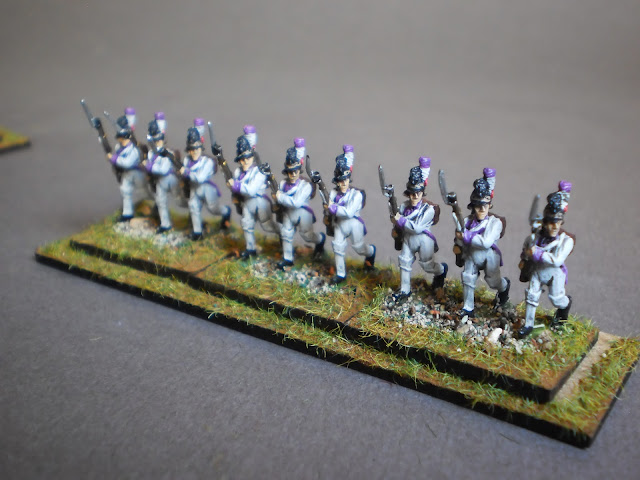 Figures in this batch are from Lancashire Games, who have a fairly new range of 15mm French Revolutionary period sets available.

Proportions on the figures are pleasantly accurate - they look a lot less 'gnomish' than the warrior figures, and the details on the castings are well rendered.

Size wise, they are a little taller than the true 15s, and a little smaller than ABs. Lets call them 16s  :)   Price wise, they are excellent value, being the around the same pricing as warrior 15s, with a bit of a saving if you buy the larger 'battle packs' which include bulk lots of figures. 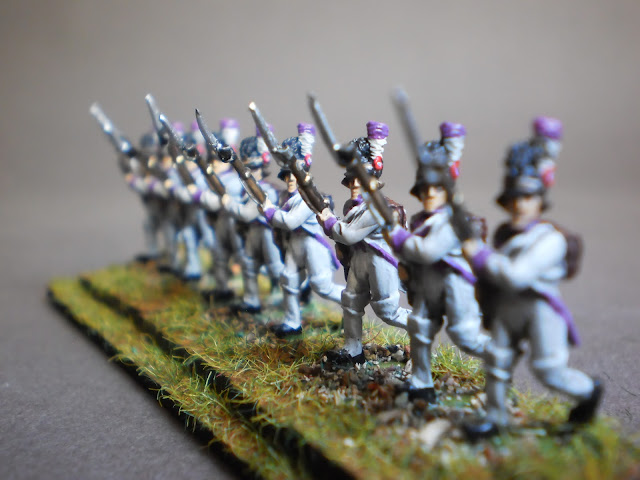 These guys will be perfect to fill in a few odd line units for my early French forces.

Im guessing that its likely to find some of these uniforms still in use during the 1806 campaign .. hard to say for sure, as sources are unclear.

What is clear is that the early French armies had a few morale and discipline issues with different 'classes' of troops receiving different grades of uniform and equipment ... supplies of food and ammo .. and PAY rates differing between professional units and 'enthusiastic volunteers'.

The solution to this was the formation of Demi-Brigades which collated professionals alongside revolutionary volunteers, all in the same uniform. 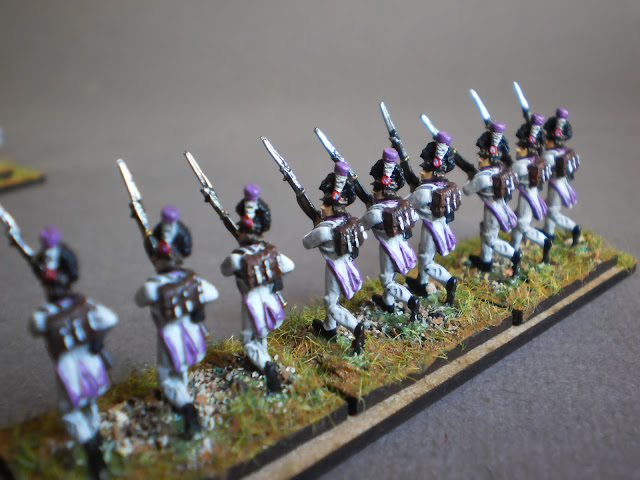 However, supply chaos during a massive social revolution being what it is, and the Esprit du Corps of certain professional regiments being what it is, it is no surprise to find primary sources in the historical literature that demand the scrapping of the hated white uniforms of the bourbon era as late as .... 1809.

Given all that uncertainty and chaos, I am definitely fielding a variety of white uniformed French battalions in the masses of Corps ... especially in the 1806 campaign. 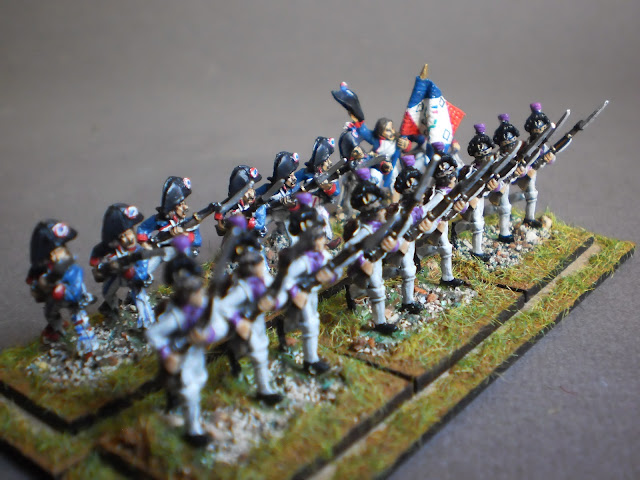 Here we have a group of them in a Demi-Brigade with the Pros leading the enthusiasts into the fray.

In addition to the all white uniforms, the French and Allied forces of the era also have a wide range of similar cut of uniform - with tarleton helmets - but in a crazy variety of colours.

German volunteers from Alsace, some light infantry units, etc .. all can be done using the same figures, but with jackets in greens, sky blue, civilian clothes, etc.

I should create a bit of variety with the rest of them. Looking forward to that.
Posted by Unknown at 12:48