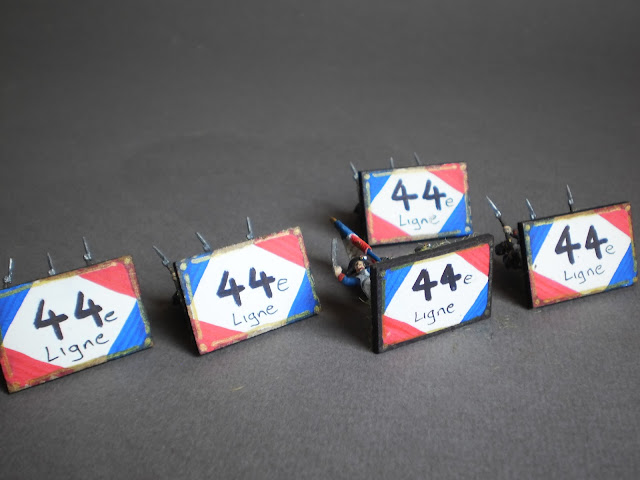 Starting to knock off quite a few early French troops now .. ready for the Jena Auerstaedt mini campaign.

Going to need quite a few as it turns out.

These are marked (underneath the bases) as different  regiments, but really they are just a generic mass of early French that can be configured however to fit the battle at hand.

This type of uniform should cover most French line troops from the Glory Days of Marengo, Austerlitz, Jena Auerstaedt, Eylau .. and maybe even later. 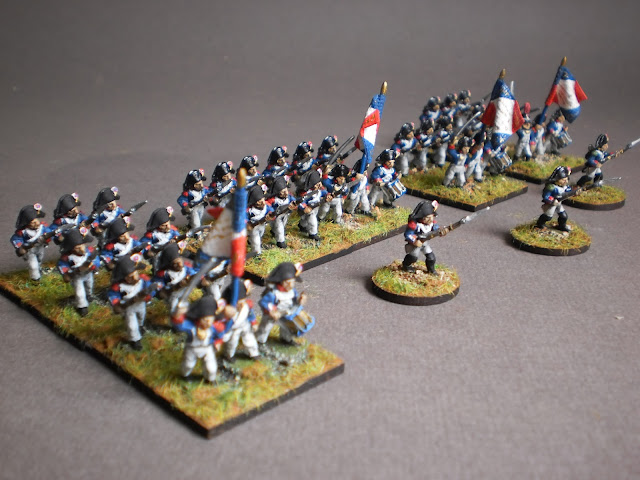 At 1:60 scale, these 12-figure groups will do nicely for early French Battalions. 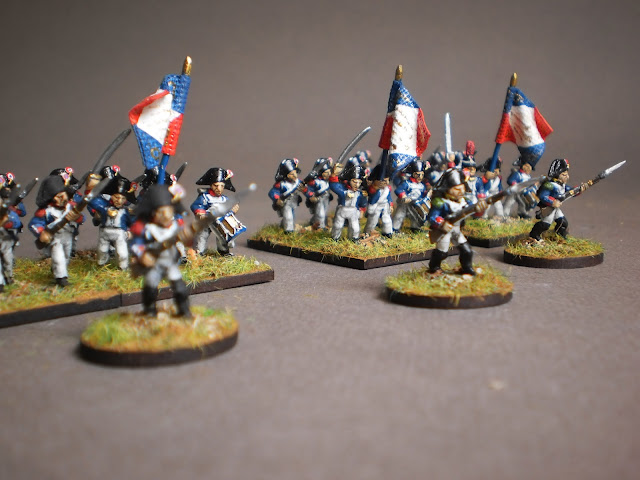 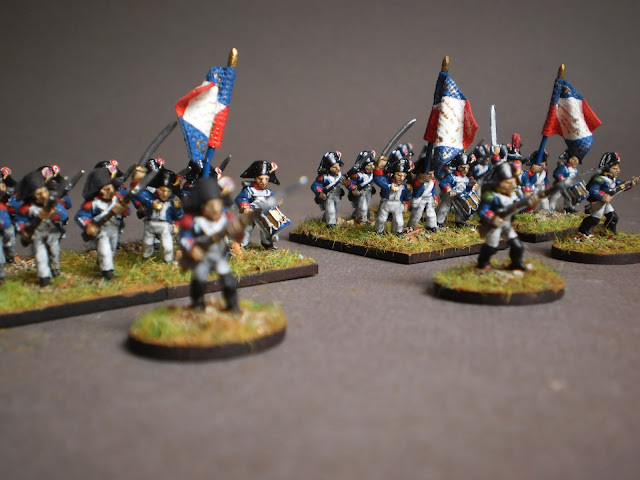 There are 2 variations in the 'French with Bicorne' options from Warrior miniatures ... the bulk of the forces are regular line advancing, and then Im using the 'Grenadier in bicorne' figure for Elite companies. 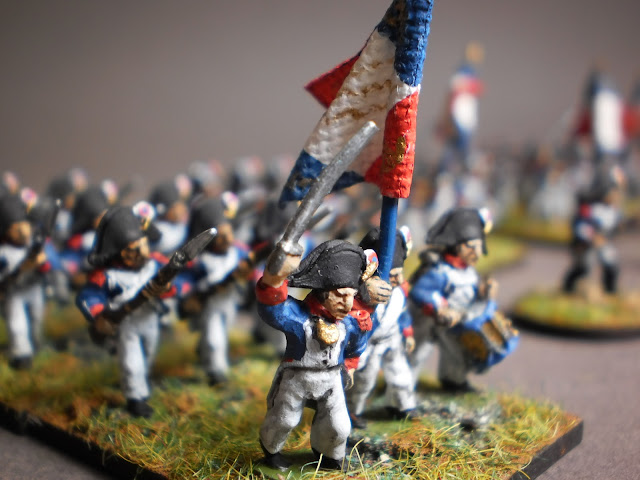 Nice little command set as well, I particularly like the larger flag pole on these which allows for an oversized flag to be added to the group. 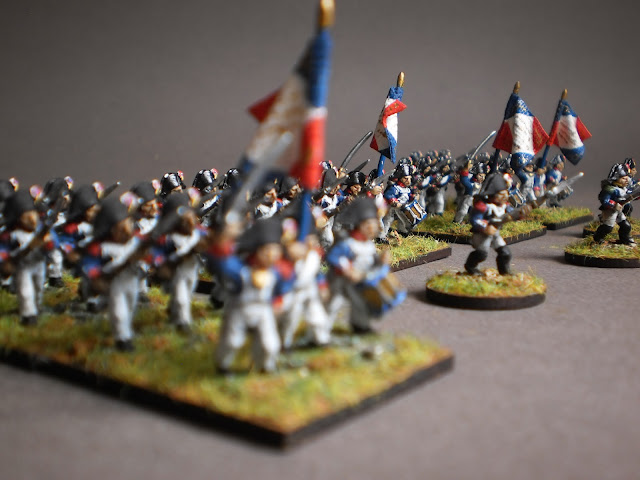 Getting there ... should have enough of these soon to put together a decent Division or 2 to model some of the critical engagements in the Jena-Auerstaedt campaign.

The individual castings in this case are quite small (true 15), with bold and easy to get at details. Quite different to ABs for example .. but the mass effect is starting to look the part I think.

Looking forward to getting more ready for the table.

I just need to add in a little more variety of figures from the same period (in the same 15mm scaling) to complete the effect.

The AB range has some brilliant figures for this period as well, although they are quite a bit larger. I think a few small elite groups and personality figures from the AB range would fit in well though. Will see how we go with that.